Retail inflation may rise due to fading demonetisation impact

Consumer inflation may see an uptick at 5.5-6 per cent in the fourth quarter of 2017 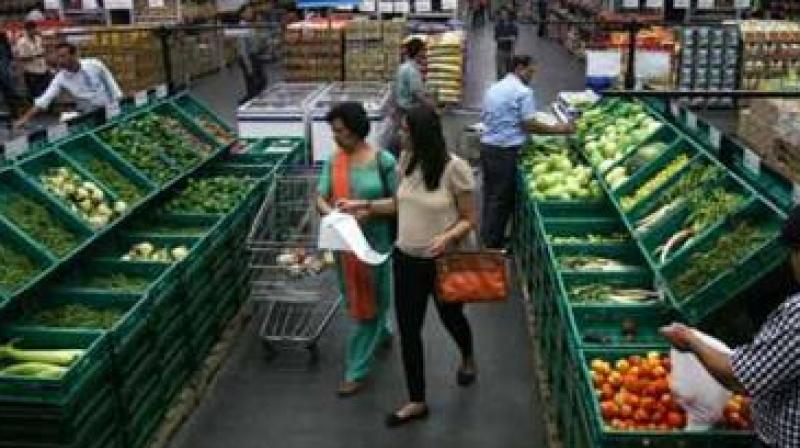 New Delhi: Consumer inflation may see an uptick at 5.5-6 per cent in the fourth quarter of 2017 as a result of fading demonetisation impact, while rising exports are likely to aid economic recovery, says a Nomura report.

Besides, one-off risk to inflation also emanate from the implementation of GST and house rent allowance increases for government employees, the Japanese brokerage firm said.

"... as the year progresses, we expect inflation to rise to 5.5-6 per cent in the fourth quarter of 2017 and first half of 2018, on fading transitory factors (demonetisation and

The Reserve Bank frames its monetary policy on the basis of retail inflation. The Nomura RBI Policy Signal Index (NRPSI), which measures the likelihood of monetary easing versus tightening in the near term, stood at 0 in April suggesting a neutral policy stance in the near term.

Earlier this month, the Reserve Bank had left key policy rate unchanged at 6.25 per cent for the third review in a row citing upside risks to inflation. It had, however, increased

the reverse repo rate -- which it pays to banks for parking funds with it -- by 0.25 per cent to 6 per cent, narrowing the policy rate corridor.