The election result, due on May 23, will decide who governs the world’s biggest democracy for the next five years. 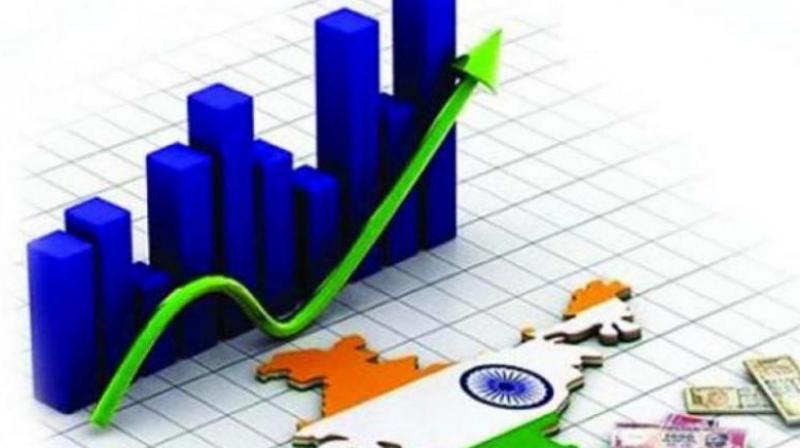 “The Indian rupee is at a crossroads. Recent developments, including higher global oil prices, a strong US dollar and historical seasonality patterns point to downward pressure on the rupee in the near-term,” noted Khoon Goh, head of Asia research at ANZ. (Photo: File/Representational)

Bengaluru: The outlook for India’s rupee has deteriorated from just a month ago as the outcome of a more than month-long national election draws near, according to foreign exchange strategists polled by Reuters.

While the rupee pared some of 2018’s losses early this year, it has remained under pressure. It lost about 1 per cent against the dollar last month due to a significant surge in fuel prices - India’s largest import - and a strengthening US currency.

The Reserve Bank of India (RBI) has also cut the main repo rate twice in the run-up to the election, putting it at 6.0 per cent, 50 basis points lower than where it was at the start of the year.

India’s multi-stage national election started on April 11 and will end on May 19. The result, due on May 23, will decide who governs the world’s biggest democracy for the next five years.

Indian Prime Minister Narendra Modi’s ruling alliance - which got the biggest mandate in three decades in the previous election - is widely expected to win again, but with a thinner majority, according to an average of four opinion polls recently by different agencies.

“The Indian rupee is at a crossroads. Recent developments, including higher global oil prices, a strong US dollar and historical seasonality patterns point to downward pressure on the rupee in the near-term,” noted Khoon Goh, head of Asia research at ANZ.

“The general election result has the potential to either amplify the weakness or push against the seasonal weakness as it did in the previous two elections.”

The latest Reuters survey of nearly 50 strategists taken April 26 - May 2 predicted the rupee will weaken nearly 2 per cent to 70.67 per dollar in six months from Thursday’s 69.36. It will then strengthen slightly to 70.50 in a year.

But those forecasts were downgraded from a survey conducted a month ago when contributors expected the currency to trade at 70.00 and 70.38 per dollar over the six- and 12-month horizon, respectively.

“Overall, we see scope for the rupee to recover in the second half of the year. This is based on our view that inflation will remain stable, the monetary policy stance will stay dovish, growth will start to recover, and fiscal policy will show restraint,” ANZ’s Goh added.

Other analysts point to a surge in the price of oil, India’s biggest import, as a potential threat to the rupee given the wide trade deficit. Denominated in dollars, when the dollar rises, it means more rupees have to change hands to pay for the oil India needs.

Oil prices have jumped over 30 per cent this year and are expected to remain elevated over the coming year, a separate Reuters poll showed.

“The expiration of U.S. waivers on Iran oil sanctions on May 2 forces India to look for other sources of oil in order to compensate for the estimated drop in Iranian oil imports by a third to 80-100 thousand barrels per day,” noted Lee Hardman, currency strategist at MUFG.

“Other Middle East countries do not offer terms as attractive as Iran. This would make oil imports more expensive and is likely to lead to wider trade deficits.”