FMCG cos to extend tax benefits to customers, slash prices

FMCG sector in India is trying to pass on GST benefits to consumers as most FMCG products have been placed under 18 per cent slab. 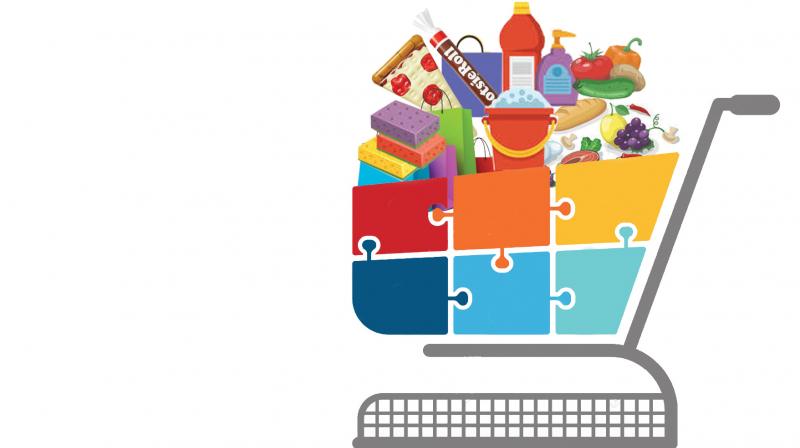 FMCG sector is passing on GST benefits to consumers by decreasing prices or by increasing weightage of products under the same price bracket (Representational Image).

New Delhi: FMCG companies are revising prices of their products after the implementation of GST and are extending the tax benefits to the consumers under the new tax regime.

The companies such as Patanjali, ITC, HUL and Marico are either slashing the prices of goods or increasing the grammage of the product on dispatches made from July 1 onwards. "The company is committed to pass on the benefits of reduction in effective tax rate to its consumers wherever applicable and has firmed up the price reductions," Marico CFO Vivek Karve told PTI.

He further added "The new prices will hit the market eventually".

"Effective steps are being taken to pass on the benefits to the consumer, wherever such benefits accrue due to the recently announced GST rates," an ITC spokesperson said.

Yesterday, HUL had reduced prices of some of its detergents and soaps, extending the tax benefits to consumers under the GST regime. The company had slashed the price of its detergent soap Rin bar of 250 gm to Rs 15 from Rs 18 and increased weight (grammage) of its Surf Excel bar costing Rs 10 to 105 gm from 95 gm at the same price.

Companies are extending the benefits either in the form of price reduction or increasing the weight of the existing packet in the same price brackets. "We are passing on the entire tax benefits to the consumers. This would be in both ways - by slashing the price and increasing the grammage," said a spokesperson of Haridwar based Patanjali.