Adhia announced a GST decentralised monitoring system was set up and said a 'GST Master Class' will be conducted. 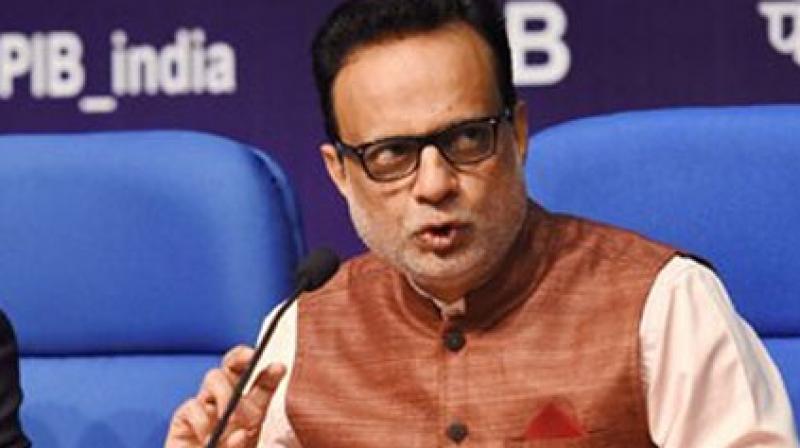 Mumbai: Within four days of the grand rollout of the Goods and Services Tax, Revenue Secretary Hasmukh Adhia announced the government has set up a decentralised GST monitoring mechanism and will be holding informative tutorials called ‘GST ki Master Class’ for all.

The historic indirect tax reform went on the floors at midnight on June 30. Addressing the media, Adhia said that the government is closely monitoring the price situation and the supply situation in the market.

He also announced the government will be holding classes called ‘GST Ki Master Class’, six days a week, in English and Hindi to narrow the information gap. He also addressed some basic concerns regarding MRP and cash-memos with reference to GST.

Adhia said the Cabinet Secretary had formed a Central Monitoring Committee consisting of secretaries of 15 main departments concerned with manufacturing goods, which will meet every Tuesday. “Yesterday the Cabinet Secretary chaired a meeting of the central monitoring committee. He suggested that each ministry should take care of its respective client group and monitor the supply and price situation. They should also take care of the registration, migration issues that traders in their department have”.

Moreover, the government has decided to nominate 175 joint-secretary or district secretary ranking officers, each of who will be given the charge of 4-5 districts. Assisted by CBEC officers, each of these 175 officers will be responsible for keeping a close eye on price and supply in these districts and getting feedback from customers, traders, officials and other informal sources. These officers will be briefed tomorrow at Vigyan Bhavan, he said.

Avinash Srivasta, Secretary of Consumer Affairs explained the way Maximum Retail Price would reflect taxes. Referring to the Legal Metrology Pre-packed Commodities Rule, 2011, he said, if there is a price rise in a commodity after GST, the manufacturer is required to inform consumers about the same through advertisements in newspapers.

“He is also required to label his products with a sticker reflecting the new MRP. The product will hence carry both the older MRP and the new MRP,” he added.

“We have just received a notification from Food and Consumer Affairs Minister Ram Vilas Paswan that all manufactuers in India will be given three months to follow this procedure for stocks produced before GST rollout”, he said.

When there is drop in price, manufacturers need not advertise it in the paper but will be required to label their products, showing both the old and the new MRPs.

From July 6-9 in Hindi at New Media Centre, Delhi.

The same will be repeated in English from July 10-12 at the same time and at the same venue.