After tomatoes, here's why onion prices will make you cry

On Thursday, prices of the bulb nearly doubled at Lasalgaon in Maharashtra, the largest onion market in India. 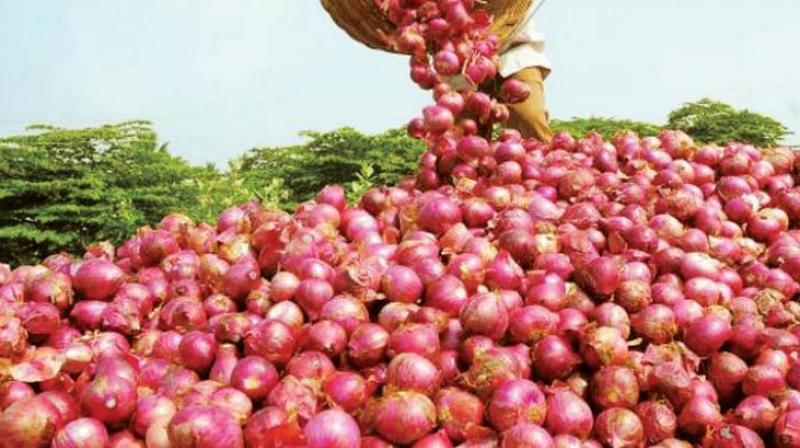 Onion prices have been increasing since the end of July.

Mumbai: Onions, one of the most widely used vegetables in everyday Indian dishes, seems to be taxing households with prices soaring to an average of Rs 25 per kg.

On Thursday, prices of the bulb nearly doubled at Lasalgaon in Maharashtra, the largest onion market in India, which sets price trends across the country.

Data shows that onion prices stood at Rs 9.20/kg in July-August period in 2016. In fact, even till the end of July, onion prices were being quoted between Rs 5 to Rs 10/kg.

So what could be the possible cause of these sky-rocketing prices?

1. Karnataka is the second largest onion producing state in India after Maharashtra. The Karnataka stocks usually arrive in markets in late August. However, the state has been facing a major dip in rainfall this year which has affected the acreage.

2. Maharashtra, which is the top onion producing state has also reported a late monsoon this year. This consequently led to lower acreage for onion.

3. Floods in Bihar, Rajasthan, Gujarat spoilt the onion produce in these parts. The late kharif onion crop received from these pockets have also been of low quality and far lesser in number.

4. Interestingly, it is also the month of Shravan according to the Hindu calendar. It is the time of the year when onion consumption is quite low. It could be that traders are stocking up in this situation of tight supply to meet the high demand once Shravan gets over after August 7.

5. Usually, farmers and traders in Maharashtra and other part of India store the late rabi crop that is sown in November-December and harvested in March-April. They do so to last until August which is when stocks from Karnataka flow in. This year, the hoarded stocks hit rock-bottom prices. The Madhya Pradesh government had to buy stocks to save farmers. Those who did not sell it then are now trading these stocks for higher prices.

With onions taking the the path of tomatoes, which have also been recording high prices, Indian households are left in a sticky, dis-'tasteful' situation.