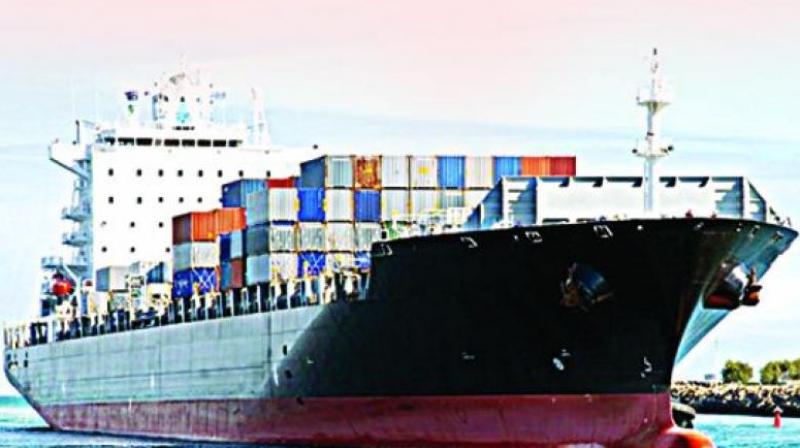 Washington: The US' export to India in both goods and services has increased this year, resulting in substantial drop in trade deficit as compared with the last year, according to the latest official figures.

As per the figures available with the US Department of Commerce's Bureau of Census, in the first six months of this year, America's export to India in merchandise increased by 28.42 per cent from USD 12.1 billion to USD 15.5 billion.

The trade deficit in goods registered a decline of 2.54 per cent, according to the figures. The bilateral trade figures in the services sector for the first six months are yet to be revealed.

During the same period, America's export to India in the services sector increased by 11.19 per cent from USD 5.69 billion to USD 6.3 billion, the figures stated.

Total bilateral trade in the services sector in the first quarter increased by 6.7 per cent from USD 12.57 billion to USD 13.3 billion. If these trends continue, the bilateral trade in goods and services is expected to maintain the upward trajectory and register a decline in trade deficit, which is one of the main issues of concern of the Trump administration.

During their White House meeting in June 2017, Prime Minister Narendra Modi and US President Donald Trump committed that the US and India - leading engines of growth in the global economy - should intensify their economic cooperation to make their nations stronger and their citizens more prosperous.

Noting that extensive economic and tax reforms in their respective countries will unlock immense economic opportunities for both countries, the leaders committed to further expanding and balancing the trade relationship and removing obstacles to growth and jobs creation, a joint statement after the meeting had said. Modi and Trump also resolved to pursue increased commercial engagement in a manner that advances the principles of free and fair trade.

"To this end, the United States and India plan to undertake a comprehensive review of trade relations with the goal of expediting regulatory processes; ensuring that technology and innovation are appropriately fostered, valued, and protected; and increasing market access in areas such as agriculture, information technology, and manufactured goods and services," it had said.