The minister said everyday six crore authentications are done on the Aadhar platform. 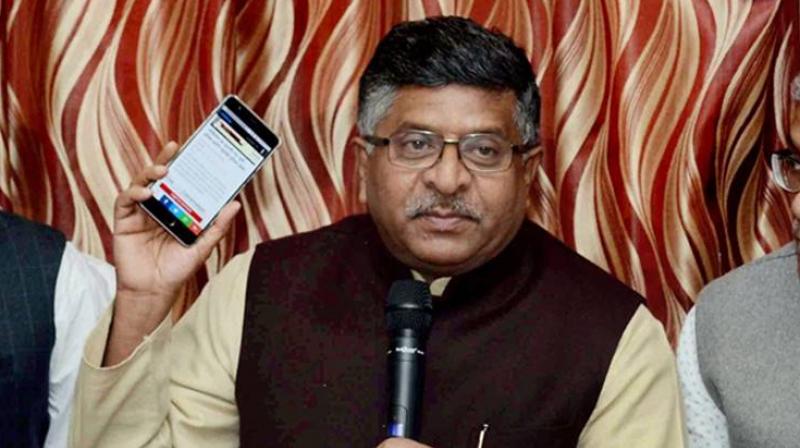 "Why we are linking bank account to the Aadhar. If you do money laundering, you can be caught. If you have fake bank accounts, you will be caught," Prasad said at cyber security conference organised by Observer Research Foundation.

He said 60 lakh bank accounts have been linked to Aadhar. The minister said that the government has saved Rs 58,000 crore under direct benefit transfer scheme, detected 3 crore million fake gas connections and close to 27 crore ration cards with help of Aadhar card.

The minister said everyday six crore authentications are done on the Aadhar platform. He said that digital governance is the form of governance. Prasad said that the government is bringing most of the service online from hospital to land records, crop rates etc.

"Indians have got biggest footprint on Facebook today. India is emerging as big market. We are adding 5-6 start-ups everyday. I see a new surge of start-up movement in India," Prasad said.

The minister said that increase in adoption of technology has made cyber security vital for the country.

The minister said that 0.06 per cent of digital frauds have been unearthed which is a challenge for the country.