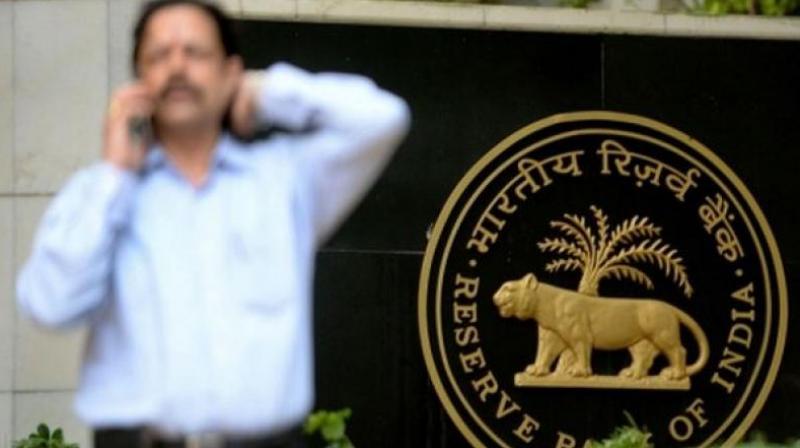 The Reserve Bank on Thursday lowered retail inflation target for the first half of current fiscal to 4.7-5.1 per cent on sharp moderation in food price rise and likelihood of a normal monsoon.

Mumbai: The Reserve Bank on Thursday lowered retail inflation target for the first half of current fiscal to 4.7-5.1 per cent on sharp moderation in food price rise and likelihood of a normal monsoon.

Its bi-monthly policy review in February, RBI had projected inflation in the 5.1-5.6 per cent range in the first half of 2018-19.

In its first policy review for the current fiscal, RBI has kept the key repo rate -- at which it lends to banks --unchanged at 6 per cent.

The decision of the Monetary Policy Committee (MPC) is consistent with the neutral stance of monetary policy in consonance with the objective of achieving the medium-term target for consumer price index (CPI) inflation of 4 per cent within a band of +/- 2 per cent, while supporting growth, RBI said.

Besides, it has also lowered the inflation outlook for last quarter of previous fiscal, ending on March 31, to 4.5 per cent from 5.1 per cent it has projected in February policy review.

Several factors are likely to influence the inflation outlook, it said.

"With the sharp moderation in food prices in February-March, the inflation trajectory in H1:2018-19 is expected to be lower than the projection in the February statement, despite a likely reversal in food prices in H1," it added.

RBI said it expects that overall food inflation should remain under check on the assumption of a normal monsoon and effective supply management by the government.

International crude oil prices have become volatile in the recent period, with a distinct hardening bias in the second half of March, even as the increase in shale production was more than expected. This has adversely impacted the outlook for crude oil prices.

"On current assessment, Indian domestic demand is expected to strengthen during the course of the year...Taking these factors into consideration, projected CPI inflation for 2018-19 is revised to 4.7-5.1 per cent in H1:2018-19 and 4.4 per cent in H2, including the HRA impact for central government employees, with risks tilted to the upside,"it said.