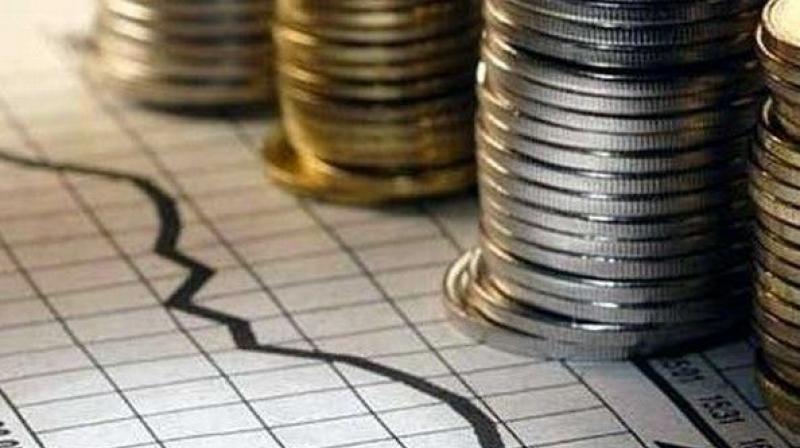 Higher credit growth will be driven by a 20-22 per cent growth in corporate bonds demand.

Mumbai: A buoyant debt market will ensure that aggregate credit demand grows 12 per cent in fiscal 2018 even though bank credit is seen only growing by 7-8 per cent in the year, said a report.

"As March 2017, share of bonds and commercial papers outstanding have increased to 46.6 per cent from 41.9 per cent in March 2016 of the banking system credit to large industries and the services sector. This was due to the continuing trend of finer pricing in the bond markets. "We expect the annual growth of corporate bonds to remain significant at 20-22 per cent in fiscal 2018 taking the gross corporate bond issuance to Rs 8.5 trillion from Rs 7.02 trillion in fiscal 2017," Karthik Srinivasan of Icra said.

As against this, "credit growth of banks is likely to remain muted at 7-8 per cent in the current financial year, as poor capital base of state-run banks will not higher credit growth, low investment demand from corporates and on top of it debt markets continue to offer attractive pricing as against bank rates," he said.

It can be noted that bank credit slowed to a 63-year low of 5.1 per cent in fiscal 2017. But higher demand for bonds and CPs resulted in the aggregate lending growth to 12.5 per cent for the year from 12.4 per cent in the previous year.

As per Icra, financial sector, including banks, accounted for more than two-thirds of the issuances and the balance by corporates. Commercial paper (CP) issuances in the March quarter of fiscal 2017 rose by 27 per cent and the CP outstanding recorded a 53 per cent increase to Rs 3.97 trillion at the end of March 2017, he said.

On deposit growth of banks, Srinivasan said it is likely to drop from the last year's 11.8 per cent to around 5 -7 per cent by March 2018 as improvement in cash availability will enable continued Casa withdrawals. Also, banks may continue to lower deposit rates, amidst low credit pickup and surplus liquidity.

Total asset under management of mutual funds under the debt segment rose 37 per cent to Rs 11.4 trillion as of end March, as mutual funds remain one of the key investor segments in corporate bonds and CPs.

"Continued inflows from mutual funds and insurers will be critical for the growth of corporate bond and CP volumes at competitive rates," Srinivasan said.

Deposit growth stood at 11.8 per cent in fiscal 2017 against 9.9 per cent in the previous year, primarily due to the note ban and curbs on money withdrawals.

But with the note ban impact gone and cash becoming the favoured mode of payments again, deposit growth is expected slow to 5-7 per cent in fiscal 2018 from 11.8 per cent.