This was the first review by the PM after the GST Council finalised the rates, and the second since May 2. 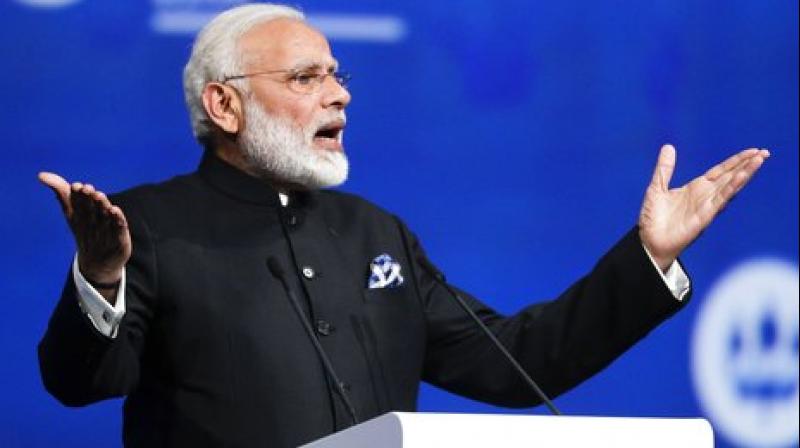 New Delhi: Prime Minister Narendra Modi today reviewed the preparedness for the new indirect tax regime  GST  which will be rolled out from next month. The meeting was attended by Finance Minister Arun cbecJaitley, Revenue Secretary Hasmukh Adhia and senior officers from the Central Board of Excise and Customs (CBEC).

This was the first review by the PM after the GST Council finalised the rates, and the second since May 2. The GST Council, chaired by Finance Minister Arun Jaitley and comprising his state counterparts, has already finalized tax rates on almost all goods and services.

It will meet again on June 11 to review some of the rates and discuss other pending issues. All goods and services have been put in slabs of 5, 12, 18 and 28 per cent, with the exception of gold and precious metals, which will attract 3 per cent GST, and rough diamond at 0.25 per cent GST.

Tea, sugar, coffee beans, edible oil, packed paneer, milk powder, brooms, domestic LPG and kerosene have been put in the 5 per cent bracket. According to the fitment of rates in various tax brackets, 81 per cent of the items will fall in/below 18 per cent slab. Only 19 per cent of the goods will attract GST above 18 per cent.

The single-biggest taxation reform since independence, the Goods and Services Tax (GST) will subsume 16 different taxes, including excise, service tax and VAT, and make India a single market for seamless movement of goods and services. GST is estimated to boost GDP by 1-2 per cent and bring down inflation by 2 per cent over the long term.