Airing concerns of the industry, Bajaj said India now needs to generate demand for which a stimulus is required for providing cash to people 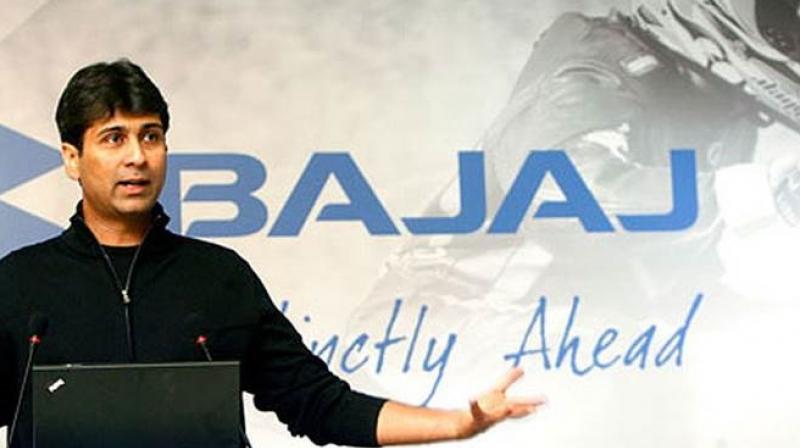 New Delhi: India implemented a "draconian" lockdown that was porous and ended up with the "worst of both worlds" as it resulted in decimating its economy and flattening the GDP curve instead of that of the coronavirus infections, industrialist Rajiv Bajaj said on Thursday.

During a video interaction with Congress leader Rahul Gandhi, Bajaj also said that opening up the economy would be a Herculean task, and asserted that none other than the Prime Minister should purge people's mind of fear through a "very clear and aligned narrative".

"The way India has been locked down is draconian. We tried to implement a hard lockdown which was porous. So I think we have ended up with the worst of both worlds,", the 53-year-old businessman said.

Noting that "we are not seeing a smooth, concerted, rhythmic movement towards unlocking", the managing director of Bajaj Auto said, "you have definitely decimated the economy. You flattened the wrong curve. It is not the infection curve that you flattened, it is the GDP curve. This is what we have ended up with the worst of both worlds."

The BJP downplayed Bajaj's remarks with party's spokesperson on economic affairs Gopal Krishna Agarwal saying that Gandhi used the businessman as a "bouncing wall" for his ideas during the conversation in which the opposition leader did "most" of the talking.

"Everybody has a right to have an opinion but Rajiv Bajaj is not an expert on COVID-19 and how to deal with it," he said.

Taking a dig at the industrialist, BJP's Amit Malviya said Bajaj "hailed" Sweden's strategy of not imposing a lockdown to deal with the pandemic, even as the country's chief epidemiologist has admitted that this approach was a mistake, causing a high rate of fatality.

During the virtual interaction, Bajaj also wondered why India looked to the west and not the east to draft its pandemic response. "Unfortunately India not only looked west, it went to the wild west. I think we stayed more towards the impervious side", Bajaj said, adding that being an Asian country, Italy, France, Spain, UK and the US were not really the right benchmark for India in any sense.

Claiming that the porous lockdown ensured the virus still exists, he said,"it is waiting to hit you when you unlock it. So you have not solved that problem."

Airing concerns of the industry, Bajaj said India now needs to generate demand for which a stimulus is required for providing cash to people.

"We have to get the demand going again and we need some mood elevator. I do not understand why there is no strong initiative, even if it is for a period of six months to a year to strongly lift the mood of the people and stimulate demand," he said.

Bajaj has been vocal about the Central government's policies, alleging that its approach has been "piecemeal, arbitrary and erratic". He had also criticised the Government's announcement of Rs 20-lakh crore economic stimulus, saying it left Indians unimpressed and it missed the 'wow factor' as compared to others.

Global rating agency Moody's Investors Service earlier this week downgraded India to the lowest investment grade level and kept it on a negative watch, largely because the country faces a prolonged period of slower growth relative to its potential and rising debt levels.

India was already in the midst of a protracted economic slowdown before the virus hit. It's GDP grew by 4.2 per cent in 2019-20, the slowest pace in 11 years, and the rating agencies predict contraction in its GDP in this fiscal also.

Agarwal said the economy was bound to suffer even if there was no lockdown due to the pandemic's severity.

"Government had an option ---to go for large-scale fatalities...or going for a slowing down of economy. It went for protection of people. That was the priority," the BJP leader added.

Noting that he was warned and dissuaded from speaking with Gandhi, the industrialist said there are also those who do not want to speak because they cannot deal with the backlash that comes their way.

He also said in several countries, two thirds of the aid given by the government has gone to organisations and people as direct benefits, and cited instances of Japan and the US where up to USD 1,000 has been given to each person as support, not as stimulus.

Whereas in India, it has only been 10 percent, he said, adding that the opposition leader would be better placed to comment on why the government has not chosen to give directly in the hands of people.

During the 30-minute conversation with Gandhi, who has held a series of interactions with economists, experts, industrialists and others since the imposition of the lockdown on March 25, Bajaj described his experience of the period as "bittersweet".

On his part, Gandhi said,"It's quite surreal. I don't think anyone imagined that the world would be locked down in this way. I don't think even during the World Wars, the world was locked down. Even then, things were open. It's a unique and devastating sort of phenomena."

The Congress leader also noted that India's lockdown was such that "the disease is increasing after we are opening up".

Asked by Gandhi about an "atmosphere of fear" in the country, Bajaj said that in terms of being tolerant and sensitive, India needs to mend a couple of things.

"Nobody will invest unless he does so with enthusiasm and confidence...If 100 people are afraid to speak up, the first point is perhaps 90 of them anyway have something to hide. See we must also accept that in the last few years, towards, I would say UPA2 and NDA1, a lot of skeletons have come out of the cupboard also," he said.

"So businessmen are also not doodh ka dhula' (guiltless) and so many examples we have seen of that. My view is that a lot of people don't speak, unlike, if I may say so, somebody like my father, simply because perhaps they can't afford to speak," Bajaj said, in an apparent reference to his father Rahul Bajaj's comments in last December that the government was stifling criticism.

Gandhi also said that the government needs to show compassion and listen to its people.

"There are people right now, screaming in pain and the most obvious are manual labourers, daily wagers, farmers, small and medium businesses. But big businesses are also screaming in the pain, because they don't see a future," the Congress leader said.

Bajaj also referred to instances of individuals, including the old, being subjected to "humiliation" in the country for violation of lockdown rules.

"Where is the proportion in the way we are treating our own people. You talked about compassion. I'm talking about examples that I have seen with my own eyes here. I have seen senior citizens being caned for simply stepping out to get some fresh air," he added.