The presence of a triggering macro-economic “key driver” that catalyses the economy into a virtuous cycle is critical. 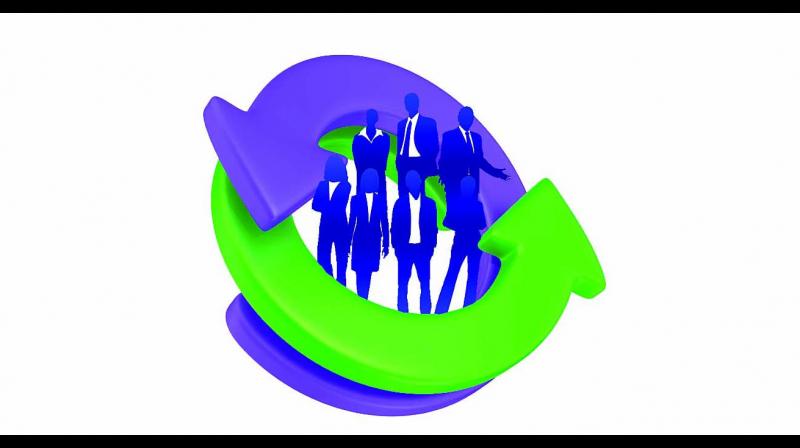 The survey finds investment as the “key driver” that can create a self-sustaining virtuous cycle in India.

Chennai: In order to achieve a real GDP growth of 8 per cent and become a $5 trillion economy by 2024-25, India needs to have a ‘virtuous cycle’ of savings, investment and exports, finds the Economic Survey.

“Growth can only be sustained by a “virtuous cycle” of savings, investment and exports catalysed and supported by a favourable demographic phase,” the survey said.

However, investment is risky as entrepreneurs are exposed to the risk of idiosyncratic business failure that leads to the loss of the invested capital. Therefore, savings have to increase more than investment to allow for the accumulation of precautionary savings.

"This is easier said than done, especially against the backdrop of a significant decline in savings/GDP ratio,” said India Ratings and Research. “India’s current savings/GDP was 30.5 per cent in FY18. The household segment, which includes unincorporated enterprises, is the only net saver in the economy as per the institutional classification. The segment’s financial savings net of financial liabilities increased to Rs 11.29 trillion in FY18 from Rs 6.43 trillion in FY12. However, net central government, state government and extra budgetary resources borrowings grew at a CAGR of 10.7 per cent to Rs 11.55 trillion during FY12-FY18. If the government continues to borrow in a similar fashion, financing both the government and private investments using the domestic savings will become difficult. Clearly, the alternative would be to rely on foreign savings but this would expose the economy to widening current account deficit with its associated consequences," IndRa added.

The survey also finds that exports must form an integral part of the growth model because higher savings preclude domestic consumption as the driver of final demand. Domestic consumption can be, at best, act as a force-multiplier when high income growth feeds consumption. So, the final demand for the large capacities created by high investment will come from exports.

However, currently the global market is extremely competitive, with the firms that are able to produce at the lowest costs having the ability to gain market share in exports. So, average productivity of firms in the economy becomes crucial to export competitiveness. Capital investment enhances total factor productivity, which in turn enhances export performance. Therefore, investment becomes crucial to enhancing export performance.