These states include Chhattisgarh, Haryana, Himachal Pradesh, Karnataka, among others. 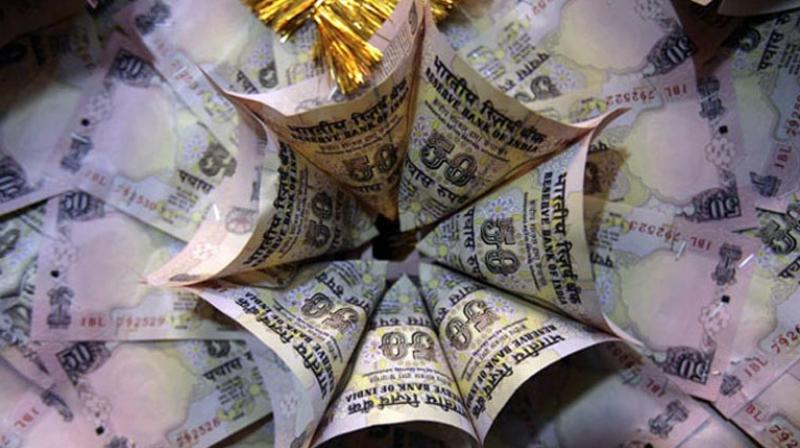 Mumbai: Driven by higher tax revenues and a sharp fall in expenditure, combined revenue receipts of 12 states grew at a robust 17.6 per cent in the three months to June against 11.1 per cent a year ago, leaving them with a fiscal surplus of Rs 4,080 crore.

These states have, in fact, budgeted a fiscal deficit of whopping Rs 1,14,160 crore for the current fiscal year, says a report by the domestic rating agency Icra.

Also, with revenue growth outpacing revneue spending, these states showed an unaudited revenue surplus of Rs 43,430 crore in Q1 as against a combined revenue deficit of Rs 11,890 crore as budgeted for the year.

"Given the steep contraction in capital spending, these 12 states showed an aggregate fiscal surplus of Rs 4,080 crore, which is in sharp contrast to a combined fiscal deficit of Rs 1,14,160 crore budgeted for the year," says Icra chief economist Aditi Nayar in a note.

Tax revenue and non-tax revenue account for around 78 per cent and 22 per cent, respectively of incremental revenue during the reporting three months and their tax revenue alone expanded by a healthy 16.5 per cent.

The agency said the numbers are only of 12 states -- Chhattisgarh, Haryana, Himachal Pradesh, Karnataka, Madhya Pradesh, Odisha, Punjab, Rajasthan, Telangana, Uttar Pradesh, Uttarakhand and Maharashtra -- because unaudited numbers are available only from them, she says.

On the contrary, their combined revenue expenditure declined to 10.3 per cent from 15.9 per cent, but revenue spending stood at 17.3 per cent of the budget 2018 estimates, nearly in line with the trend last year.

Again, their capital outlay contracted by a whopping 19.3 per cent as against a whopping 51.9 per cent increase a year ago, which was partly due to the late presentation of the 2018 budget following the assembly polls in Punjab and UP. Excluding UP and Punjab, capex of other 10 states plunged to 6.2 per cent from 45.9 per cent and so the report warns that the takeover of debt of the state discoms by states under the Uday scheme will weigh on capex this year.

Spending trends shown by these states are in sharp contrast to high growth rates of 25.8 per cent and 40.3 per cent, respectively, in Centre's revenue and capex.

States' revenue receipts are taxes--sales tax/VAT (the period of data is pre-GST), excise duty, stamp duty and registrations fees, and states' share in the Central taxes, and non-tax revenues include states' own non-tax revenues and grants from the Centre.

Provisional data for these states reveals weakness in capital expenditure despite healthy revenue growth, which improved to a robust 17.6 per cent. The pace of expansion of their total tax revenues rose sharply to 17.1 per cent to Rs 2,33,800 crore from 9.6 per cent.