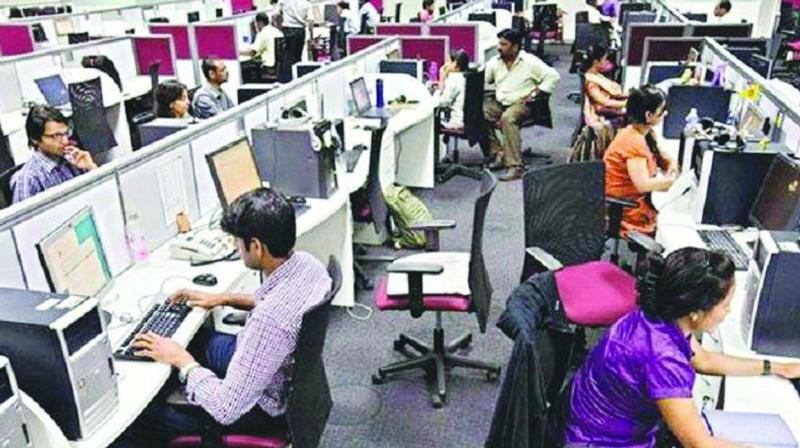 Although the Nikkei/IHS Markit Services Purchasing Managers’ Index (PMI) rose to 49.2 last month from 48.7 in September, it remained below the 50-mark threshold separating contraction from growth on a monthly basis.

Although the Nikkei/IHS Markit Services Purchasing Managers’ Index (PMI) rose to 49.2 last month from 48.7 in September, it remained below the 50-mark threshold separating contraction from growth on a monthly basis.

The last time services activity contracted for two consecutive months was in August 2017 following the implementation of a Goods and Services Tax (GST).

That, alongside a manufacturing slowdown, dragged a composite index to a more than two-year low of 49.6, pointing to further weakness in Asia’s third-largest economy after growth fell to a six-year low of 5 per cent in the April-June quarter.

“Perhaps even more concerning was the downward revision to future expectations, given the possible detrimental impact of subdued business confidence on investment and jobs.”

Optimism about the coming year faded to its lowest since December 2016 and firms increased headcount at the joint-weakest pace in over two years.

The survey findings indicate 135 basis points of interest rate cuts by the Reserve Bank of India this year and recently announced reforms by the government have so far done little to boost business activity.

Weak demand also forced firms to absorb much of a jump in input costs, which increased at the quickest pace in a year, squeezing profit margins.

“Still, this was not sufficient to generate new work and we might see selling prices being discounted in the coming months as competitive pressures build up,” added De Lima.