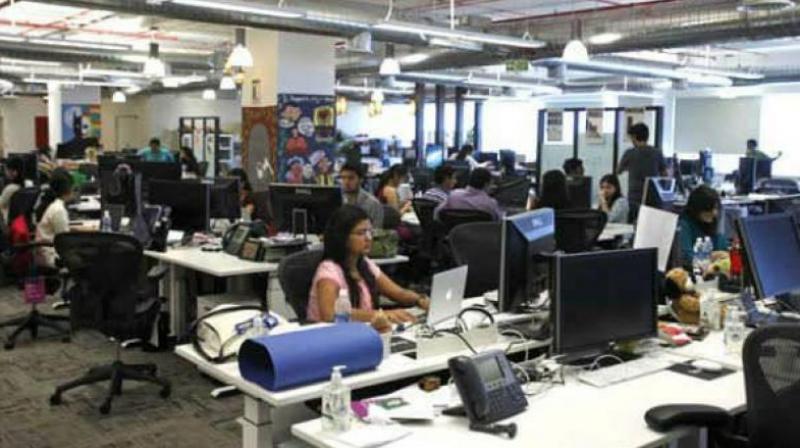 The index has registered a contraction for the first time since June 2015 and marked the sharpest reduction in output in almost three years.

New Delhi: Hit hard by cash shortage, services sector contracted in November -- that too at sharpest rate in three years -- as new orders fell for the first time since June 2015 though subdued inflationary pressure opened up room for RBI to lower rates, a monthly survey showed today.

The Nikkei India Services Purchasing Managers' Index (PMI), which tracks services sector companies on a monthly basis, stood at 46.7 in November, down from 54.5 in October. A reading above 50 means the sector is expanding while a score below this mark signals contraction.

The index has registered a contraction for the first time since June 2015 and marked the sharpest reduction in output in almost three years.

"The latest set of gloomy PMI figures for the Indian service sector shows that companies were heavily impacted by the ban on Rs 500 and 1,000 notes. The cash shortage resulted in fewer new business intakes, which in turn caused a fall in activity and ended a 16-month sequence of expansion,"  said Pollyanna De Lima, IHS Markit economist and author of the report.

The Nikkei India Composite PMI Output Index also dropped to 49.1 in November from October's 45-month high of 55.4, pointing to a contraction in entire private sector activity, including the manufacturing sector.

Lima further said the disruption in business activity is expected to be "short-lived", with many panelists anticipating a pick-up in activity as these high-value banknotes are replaced and black-market firms end their operations.

"In fact, business confidence improved to a three-month high," he said.

The anticipated replacement of high-value rupee notes, improved advertising campaigns, favourable government policies and the withdrawal of unregulated companies from the market all boosted sentiment during the latest period, the survey noted.

On the prices front, the reduction in money supply kept inflation in check in November. Input costs facing service providers were broadly unchanged, which in turn encouraged firms to lower their selling prices.

"In light of these numbers, further cuts to the benchmark rate are expected," Lima said.

The Monetary Policy Committee, headed by RBI Governor Urjit Patel, in October cut benchmark interest rates by 0.25 per cent to 6.25 per cent. The next RBI policy review is on December 7.