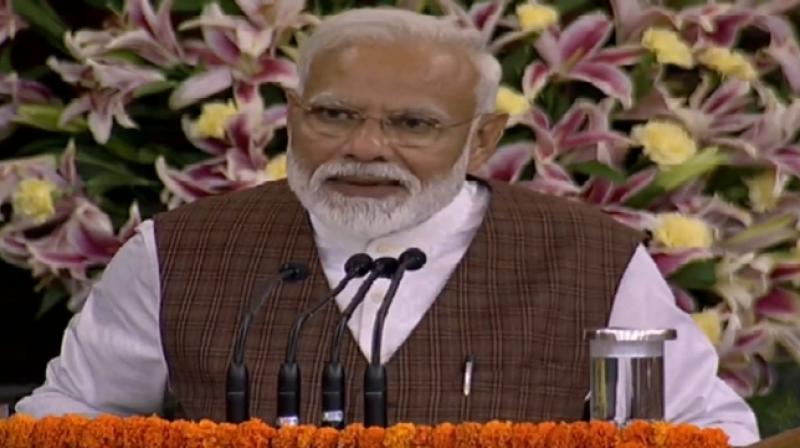 Asia’s third largest economy grew at a much slower-than-expected 5.8 per cent in the last quarter. (Photo: Twitter/ @BJP4India)

Asia’s third largest economy grew at a much slower-than-expected 5.8 per cent in the last quarter, the weakest growth in morn than four years and far below the pace needed to generate jobs for the millions of young Indian’s entering the labor market each month. And the unemployment rate rose to a multi-year-high of 6.1 per cent in the 2017-18 fiscal year.

Modi’s Bharatiya Janata Party (BJP) won a massive mandate for a second term in an election that ended in May, despite concerns about slowing private investment, a shortage of jobs and tepid economic growth.

His opponents said the formation of the cabinet committees on investment and growth, and employment and skill development, vindicated their criticism of Modi’s first term.

“This is an admission of the truth that Modi 1.0 was a failure in terms of economic growth and job creation,” Dinesh Gundu Rao, a spokesman for the main opposition Congress party, said on Twitter.

The government has said that the economy could grow “relatively slower” this quarter but would start turning around from the July-September quarter, with favorable interest rates and an improvement in liquidity.

The Reserve Bank of India is expected to cut key rates on Thursday.

The government has formed eight such cabinet committees in total. Amit Shah, the BJP president who joined Modi’s latest government as home affairs minister, is a member of all the committees, reflecting his status as the second most powerful figure in the cabinet.