Budget clean break from past, sets out agenda for Modi 2.0 govt: Rajiv Kumar

Narendra Modi government had exempted people with earnings of up to Rs 5 lakh from payment of income tax. 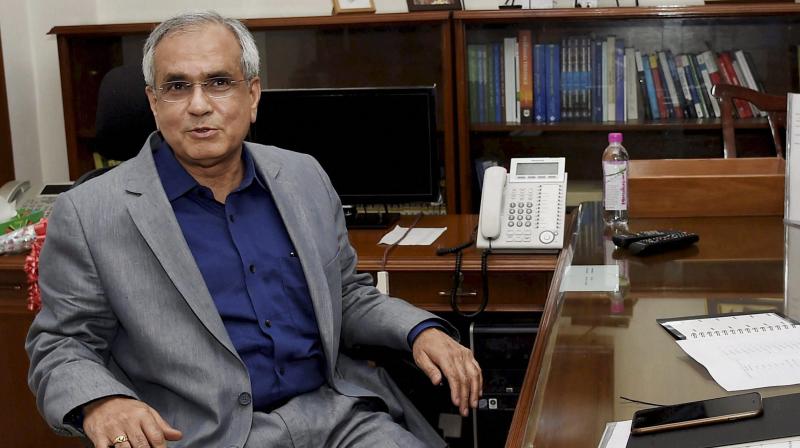 New Delhi: Budget 2019-20 has made a clean break from the past by focusing on the big picture and setting out a clear direction for the Modi 2.0 government, Niti Aayog Vice Chairman Rajiv Kumar said on Saturday.

Describing the Budget proposals unveiled by India's first full-time woman finance minister Nirmala Sitharaman as "unconventional", Kumar said it has covered a very wide canvas in a bid to lay down the roadmap for the next 10 years.

On opposition parties' criticism that not enough has been done for the middle class in this year's Budget, Kumar said income tax rebate was provided six months ago in the interim Budget and such concessions cannot be repeated all the time due to fiscal constraints.

"...you know six months ago, your (middle class) exemption levels were raised to Rs 5 lakhs, but then why would you want them to be done again now," he told PTI in an interview.

In the interim Budget earlier this year, the Narendra Modi government had exempted people with earnings of up to Rs 5 lakh from payment of income tax.

"After all, the government does need fiscal resources to undertake all the development work that it is trying to do and also to help the investors in many ways. Because otherwise you fritter away everything on more and more handouts to the middle class," Kumar explained.

He said there have been very strong efforts in this year's Budget to attract private investments and to create a feeling of assurance within the investor community.

"This Budget is an unconventional Budget. The finance minister focused much more on bigger picture than on the micro nitty-gritty details, which was a clean break from the past.

"...it is setting out clear direction for Modi 2.0," the Niti vice chairman noted.

Answering questions on hike in prices of petrol and diesel, Kumar said it is not much in the case of petrol and it will have only marginal impact on inflation as far as diesel is concerned.

The Modi 2.0 government's maiden Budget Friday hiked petrol and diesel prices by Rs 2 per litre each.

On increase in customs duty on gold to 12.5 per cent from 10 per cent, he said it is not a bad idea and there is also a necessity for the government to raise resources.

"All excise (tax) is now gone... Petrol and gold (demand) is normally considered to be more inelastic. So, raising the custom duty on gold is not a bad idea at all," Kumar pointed out.

He also said this year's Budget is understated in terms of its revenue projections as well as growth projections.

"This Budget is setting out a roadmap for higher growth trajectory for Indian economy to reach at the USD 5 trillion target that has been set out," Kumar said.