The information exchange implementation is currently planned for 2018 and the first set of data should be exchanged in 2019. 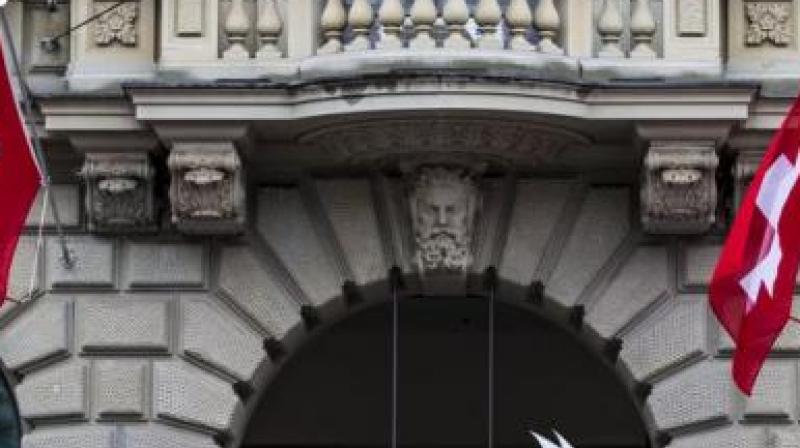 In a detailed notification and fact sheet published in its official gazette for introduction of "automatic exchange of information relating to financial accounts with India", the Swiss government has also cited decisions by other financial centres like Liechtenstein and Bahamas to enter into similar pacts.

Besides, Switzerland also took note of the US tax authority, the Internal Revenue Service (IRS), recognising India among the countries that provide an "adequate degree" of data protection for mutual exchange of tax information.

The fact sheet and the notification, published in German, also talks about Switzerland looking to explore greater access to Indian market, including the reinsurance sector and other financial services.

The Swiss Federal Council, the top governing body of the European nation, in June ratified automatic exchange of financial account information with India and 40 other jurisdictions to facilitate immediate sharing of details about suspected black money even as it sought strict adherence to confidentiality and data security.

Taking the decision forward, the Swiss government has now notified the decision and the notification authorises the Council to notify India about the exact date when such automatic exchange must take place.

The implementation is currently planned for 2018 and the first set of data should be exchanged in 2019. The decision is not subject to any referendum -- which means there should be no further procedural delay in its implementation.

The issue of black money has been a matter of big debate in India, and Switzerland has been long perceived as one of the safest havens for the illicit wealth allegedly stashed abroad by Indians.

The notification follows hectic parleys between India and Switzerland for introduction of the AEOI (Automatic Exchange of Information) on tax matters under the guidance of G20, OECD and other global organisations.

In the fact sheet about India, which forms part of the notification about all 41 jurisdictions selected for AEOI by Switzerland, the Swiss government noted India showed its commitment for implementing the international pact with effect from 2016 itself and "adaptations of the internal laws necessary for the implementation were made in good time".

Listing various changes to the tax laws and introduction of new laws for fighting black money stashed abroad as well as within the country, the Swiss government said, "The legal, administrative and technical framework for confidentiality and data security in India was deemed satisfactory by the Global Forum's panel of experts".

The Swiss Federal Department of Finance assessed this evaluation and found them to be "adequate", the notification said.

It further said that India negotiated with the US a model intergovernmental agreement on FATCA for reciprocal exchange of information, which has entered into force after the IRS assessed the level of confidentiality and data security in India and found it "appropriate".

"All agreements concerning the exchange of tax information concluded by India contain a confidentiality clause which corresponds to that of the model OECD agreement," it noted, while adding that the country's Income Tax Act contain other confidentiality provisions as well.

The notification also referred to the personal data protection measures provided in other laws of the country, incoming the Informational Technology Act and the Right to Information Act.

The Swiss government will prepare a situation report before the first exchange of data for which confidentiality and data protection requirements are to be strictly followed.

On access to Indian market, the Swiss government said the Indian market is not one of the strategic markets targeted by Switzerland-based financial services providers for their cross-border activities, as "bureaucratic and prudential obstacles were generally more difficult to overcome".

Nonetheless, they are interested in taking advantage of improved governance conditions and greater legal certainty in the financial services sector, particularly in the reinsurance sector.

Switzerland said the two countries have committed to improve the framework conditions for cross-border business activities to give a boost to international investment and financial services segments.