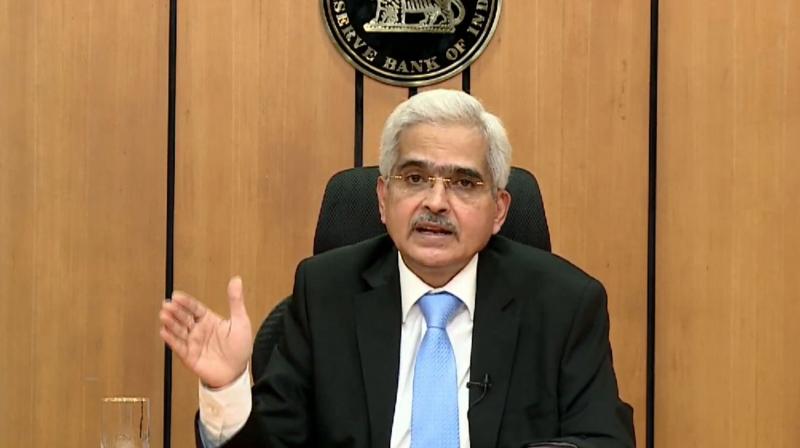 Mumbai: The Reserve Bank of India (RBI) on Thursday kept interest rates unchanged to help tame inflation that in recent times had surged past 6 per cent mark, and said that the economy is in an extremely weak condition following the pandemic.

RBI Governor Shaktikanta Das also raised the loan-to-value ratio for gold loans to 90 per cent from 75 per cent to mitigate the Covid-19 impact on households.

The central bank allowed lenders to restructure corporate and MSME loans that can be availed against gold ornaments and jewellery.

RBI Governor Shaktikanta Das on Thursday raised the loan-to-value ratio for gold loans to 90 per cent from 75 per cent to mitigate the Covid-19 impact on households.


Read more at:
https://economictimes.indiatimes.com/markets/stocks/news/rbi-enhances-gold-loan-to-value-ratio-to-90-manappuram-muthoot-stocks-rally/articleshow/77388697.cms?utm_source=contentofinterest&utm_medium=text&utm_campaign=cppst
RBI Governor Shaktikanta Das on Thursday raised the loan-to-value ratio for gold loans to 90 per cent from 75 per cent to mitigate the Covid-19 impact on households.

After cutting interest rates by 115 basis points since February, the Monetary Policy Committee (MPC) after three days of deliberations voted unanimously to leave the policy repo rate unchanged at 4 per cent.

The MPC also decided to "continue with the accommodative stance of monetary policy as long as necessary to revive growth, mitigate the impact of COVID-19 while ensuring that inflation remains within the target" zone, RBI Governor Shaktikanta Das said.

"Given the uncertainty surrounding the inflation outlook and extremely weak state of the economy in the midst of an unprecedented shock from the ongoing pandemic, the MPC decided to keep the policy rate on hold," he added.

Das said the central bank would remain "watchful for a durable reduction in inflation to use the available space to support the revival of the economy."

While, economic activity had started to recover from the lows of April-May, a surge in fresh infections have forced re-clamping of lockdowns in several cities and states to "level-off" various high-frequency indicators.

The six-member MPC saw upside risks to food prices and elevated headline inflation during July-September, which would ease in the second half of the 2020-21 fiscal.

It forecasts a contraction in real GDP growth for the April 2020 to March 2021 fiscal.

Keeping interest rates unchanged will help achieve the medium-term target of consumer price index (CPI) inflation of 4 per cent with a band of +/-2 per cent while supporting growth, RBI said.

To deal with economic disruptions caused by COVID-19, RBI allowed lenders to implement a resolution plan for corporate loans without change of ownership.

Also, MSME borrowers have been allowed restructuring of debt.

"With a view to mitigating the impact of COVID-19 on households, it has been decided to increase the permissible loan-to-value ratio (LTV) for such loans to 90 per cent. This relaxation shall be available till March 31, 2021," he said.