Business   Economy  07 May 2019  Maharashtra, UP to drive state-led capex in road sector in next 3 yrs
Business, Economy

Maharashtra, UP to drive state-led capex in road sector in next 3 yrs

In Maharashtra, the estimated spend in case of Nagpur-Mumbai expressway alone is Rs 35,000 crore over next three years. 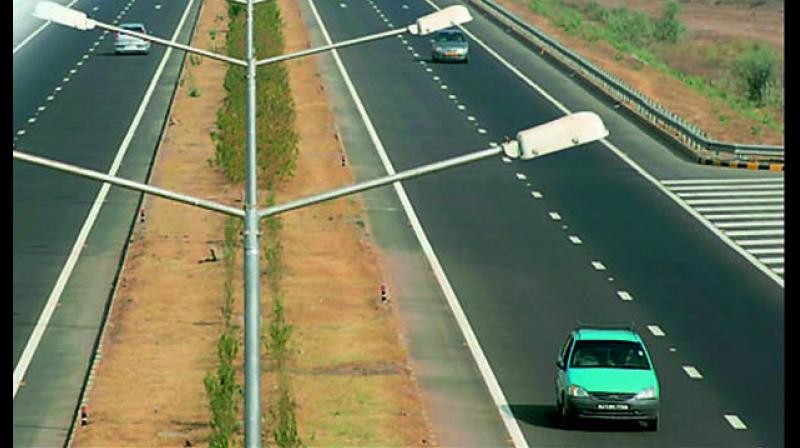 Among non-special category states, Chhattisgarh and Jharkhand are the two top states in terms of proportion of development outlay deployed towards road asset creation. (Representational Image)

New Delhi: The state-level spend on roads in Maharashtra and Uttar Pradesh is expected to grow at an annual rate of 22 per cent to Rs 1.43 lakh crore by 2020- 2021, rating agency ICRA said on Tuesday. Capital expenditure (capex) by states on their roads is expected to witness robust growth over next three years supported by several highway projects launched/announced by Maharashtra and Uttar Pradesh, it said in a statement.

"ICRA estimates the state-level spend on roads to increase at a CAGR (compound annual growth rate) of 22 per cent from current level of Rs 96,000 crore in FY 2019 to Rs 1.43 lakh crore by FY 2021," the statement said. In Maharashtra, the estimated spend in case of Nagpur-Mumbai expressway alone is Rs 35,000 crore over next three years in addition to proposed road improvement programme through hybrid annuity mode, it said.

Similarly, in UP, for Purvanchal and Ganga expressways together, the estimated spend over next three years is around Rs 20,000 crore, it added. "Historically, the cumulative spend by the state governments on roads was much higher than the central government spend on national highways.

"Most of it went unnoticed because of low proportion of public private partnership projects, wide dispersion across various geographies/ authorities and most of these contracts were smaller in terms of value which were lapped up by the local EPC contractors," Shubham Jain, VP & Group Head, Corporate Ratings, ICRA said. This had witnessed a trend reversal in 2017-18 when the Centre approved the new highway development programme (including Bharatmala Pariyojana Phase-I) in October 2017 which involves national highway development of around 83,000 km by 2021-22.

After National Highways Development Project (NHDP), Bharatmala Pariyojana is the largest road development programme to be undertaken by the central government. The estimated fund requirement for development of NHs under the new programme is about Rs 6.92 lakh crore, up to 2021-22.

The rating agency said in terms of capital allocation for road sector by states, the top five states are Uttar Pradesh, Tamil Nadu, Maharashtra, Karnataka and Odisha. Together, they accounted for 53 per cent of the aggregate spend in the sector, across all states. On average, these states have deployed around 27 per cent of the development capital outlay towards roads and bridges.

Among non-special category states, Chhattisgarh and Jharkhand are the two top states in terms of proportion of development outlay deployed towards road asset creation while Telangana and Andhra Pradesh are the laggards with less than 10 per cent of development capital allocation, the statement said.