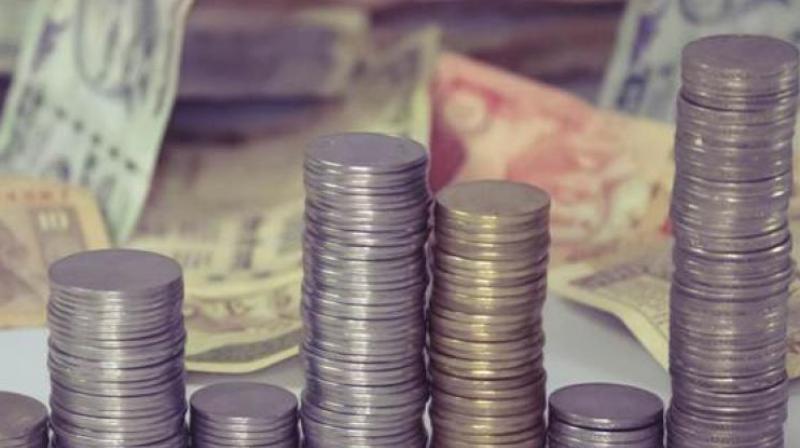 On the gross basis, the government plans to borrow Rs 6.05 lakh crore in FY19, which included Rs 2.88 lakh crore borrowed in the first six months.

New Delhi: The finance ministry and the RBI will around month end to finalise borrowings for the second half of this financial year, which is expected to be lowered by Rs 50,000 crore to approximately 2.67 lakh crore from the slated Rs 3.17 lakh crore.

In May, the government had said it planned to reduce borrowings for October-Ma­r­ch by trimming bond buyback programme. But the situation has changed drastically since then. GST reve­n­ues are still below Rs 1 lakh crore, the rupee continues to slide, current account de­ficit is widening due to flaring crude oil prices and tra­de war fears are intensifying.

In this situation, the government has decided to stick to this austere measure of less borrowing to not let the ‘other deficit’ – fiscal deficit – slip below the target, said finance ministry sources.

In our cash flow management plan for 2018-19, a pr­o­vision of Rs 1 lakh crore of cash management bills (CMBs) is there, they said and added the key weapon would be to scale down the bond buyback programme. CMBs are short-term mo­ney market instruments, issued by RBI on behalf of the government to meet immediate cash needs. On the gross basis, the government plans to borrow Rs 6.05 lakh crore in FY19, which included Rs 2.88 lakh crore borrowed in the first six months.

RBI, which follows July-June financial year, paid Rs 30,659 crore as dividend, which was 63 per cent more than FY17.

Officials said to lower market borrowings and save costs, the Centre could also dip into the National Small Savings Fund (NSSF), whi­ch has a corpus of Rs 1.2 la­kh crore . The government in H1 used larger inflows fr­om small savings schemes to fund its fiscal deficit of 3.3 per cent during the year. The government had Rs 1 lakh crore from NSSF aga­i­n­st budgeted Rs 75,000 crore, an extra Rs 25,000 crore already available to it.

The buyback of bonds is optional, and the government may choose not to do it, DEA secretary Garg said in May remarking, “We have scope of reducing our buyback programme further, which might lead to reduction in borrowing programme in H2 rather than increasing it.”