The task force will draw up a 'National Infrastructure Pipeline' of Rs 100 lakh crore, the finance ministry said. 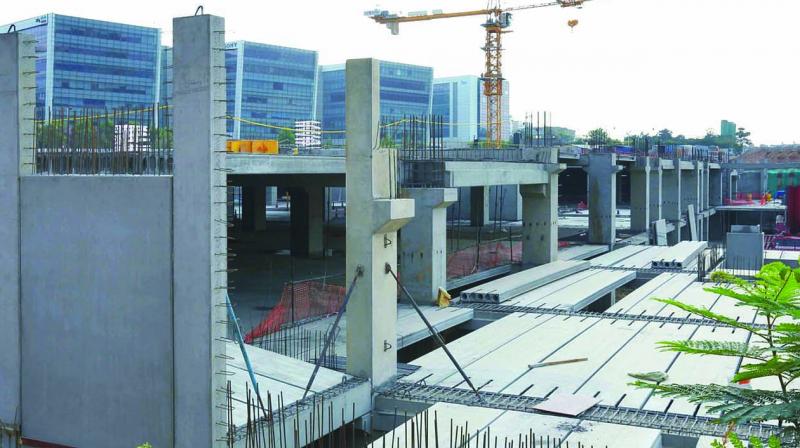 The task force will identify technically feasible and financially/ economically viable infrastructure projects that can be initiated in 2019-20. (Representional Image)

New Delhi: The government on Saturday said it has constituted a high-level task force to identify infrastructure projects for Rs 100 lakh crore investment by 2024-25 as India aims to become a USD 5 trillion economy.

The task force, headed by the economic affairs secretary, will draw up a 'National Infrastructure Pipeline' of Rs 100 lakh crore, the finance ministry said in a statement. This would include greenfield and brownfield projects costing above Rs 100 crore each.

The task force will comprise secretaries from different ministries, other senior officials and Niti Aayog CEO. It will identify technically feasible and financially/ economically viable infrastructure projects that can be initiated in 2019-20. Further, it has been asked to list the projects that can be included in the pipeline for each of the remaining five years between fiscals 2021-25.

The challenge is to step-up annual infrastructure investment so that lack of infrastructure does not become a binding constraint on the growth of the Indian economy, the ministry said. Prime Minister Narendra Modi in his Independence Day speech had said that Rs 100 lakh crore would be invested on infrastructure over the next five years. These will include social and economic infrastructure projects.

"To implement an infrastructure program of this scale, it is important that projects are adequately prepared and launched," the ministry said, adding that in pursuance of this an annual infrastructure pipeline would be developed. "To achieve this task, a Task Force under the chairmanship of Secretary (DEA) has been constituted by Union Finance Minister to draw up a National Infrastructure Pipeline for each of the years from FY 2019-20 to FY 2024-25," it said.

As per the terms of reference (ToR) of the task force, it has also been asked to estimate annual infrastructure investment/capital costs, guide ministries in identifying appropriate sources of financing and suggest measures to monitor the projects to minimise cost and time overruns. Other qualifications for inclusion in the pipeline for the current year will include availability of a detailed project report (DPR), feasibility of implementation, inclusion in the financing plan and readiness/ availability of administrative sanction.

Each ministry/department would be responsible for monitoring of projects so as to ensure their timely and within-cost implementation, the finance ministry said. The task force will also enable robust marketing of the pipeline of projects requiring private investment through the India Investment Grid (IIG) and National Investment and Infrastructure Fund (NIIF), among others.