Textile parks to get over Rs 4,400 crore incentives 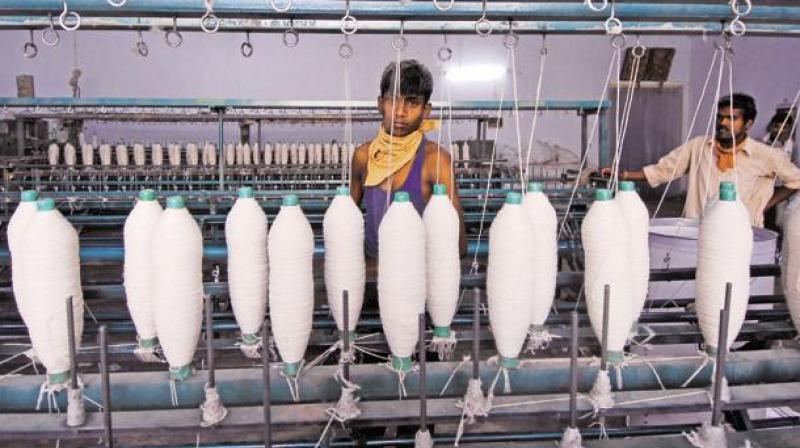 The government hopes the venture will generate one lakh direct and two lakh indirect employment per park. (Representional Image)

Chennai: The government has allocated Rs 4,445 crore for five years to set up the seven integrated textile parks as announced in the Budget.

PM Mitra parks will offer integrated textiles value chain right from spinning, weaving, processing/dyeing and printing to garment manufacturing at one location and this will reduce logistics cost of industry

Greenfield and brownfield parks can be set up in states which have ready availability of contiguous and encumbrance-free land parcels of 1,000 acres along with other textiles related facilities and ecosystems.

Maximum development capital support (DCS) of 30 per cent of the project cost with a cap of Rs 500 crore will be provided to all greenfield parks.  For the brownfield parks, it will be 30 per cent of project cost of balance infrastructure and other support facilities to be developed with a cap of Rs 200 crore. This is in the form of viability gap funding to make the project attractive for participation of the private sector.

In order to develop common infrastructure, 30 per cent of the project cost will be offered to each park along with Rs 300 crore of competitiveness incentive support (CIS).

Parks will be developed by a special purpose vehicle which will be owned by the state government and the Centre in a public private partnership (PPP) mode.

The government hopes the venture will generate one lakh direct and two lakh indirect employment per park.