Govt spending rises 27 per cent in Q1 due to budget advancement: Jaitley

Previously when budget got approved in mid-May, spending would start only in second quarter unlike in 2017. 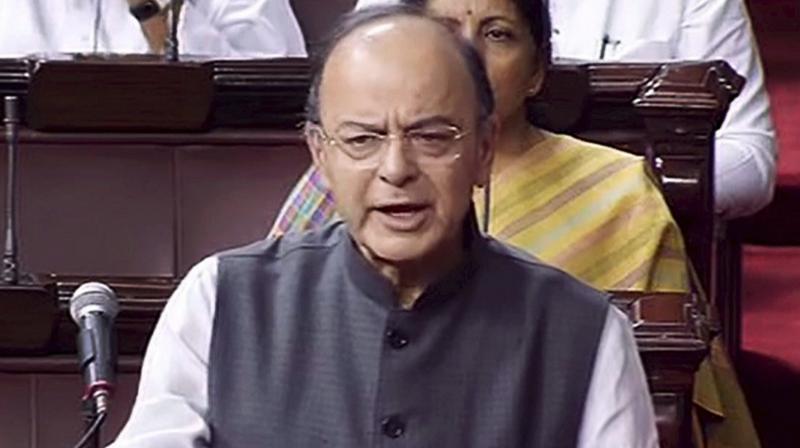 The government's expenditure went up 27 per cent in April-June of 2017 as a result of Budget advancement by a month, said Finance Minister Arun Jaitley.

New Delhi: The government's expenditure went up 27 per cent in April-June of the current fiscal to over Rs 6.50 lakh crore as a result of Budget advancement by a month, Finance Minister Arun Jaitley said on Tuesday.

In a written reply in the Rajya Sabha, he said the advancement of the Budget by a month to February 1 was intended to utilise the full working season, including the first quarter (April-June of 2017-18), to step up expenditure.

Previously when the budget got approved in mid-May, the spending would start only in the second quarter. This year, the Budget was presented on February 1 and Parliament approved it before the start of the fiscal year on April 1.

The government had brought forward the Budget presentation to provide allocation to the departments from the first day of the new financial year, he said.

According to the data, spendings as a percentage of BE in the April-June quarter in 2017 increased for 32 central ministries, including agriculture, defence, home, mines and Panchayati Raj, compared with the first three months of 2016.

For the Ministry of Water Resources and Ganga Rejuvenation, the expenditure as a percentage of BE remained the same as last fiscal.

However, for 23 ministries including textiles, power, shipping, environment and rural development, the expenditure as a percentage of BE has gone down compared with the last fiscal.