Robust growths of the handset market has been pivotal in growth of various industries such as retail, manufacturing, IT, etc. 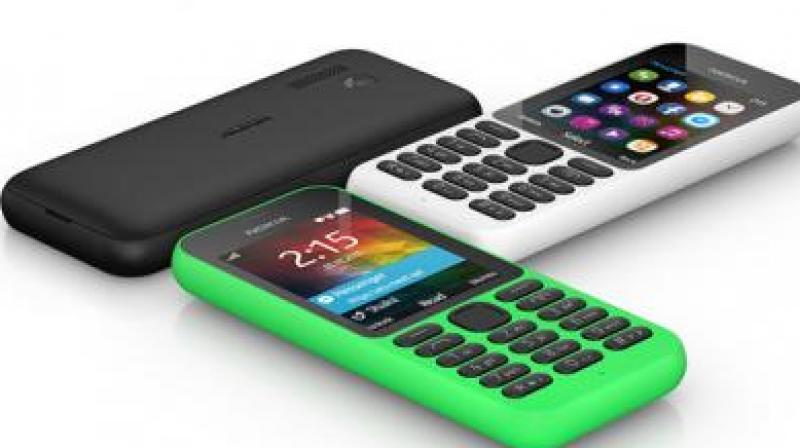 Indian handset market recorded over 350 million shipments in the year 2017 as compared to 280 million in 2016.

Smart phones have also gained immense popularity in India in the last four years and constituted 43 per cent of the total handset shipments in 2016.

Robust growths of the handset market coupled with enhanced connectivity of telecom services have been pivotal in growth of various industries such as retail, manufacturing, IT, e-commerce, etc, noted the ASSOCHAM- KPMG study titled 'Accelerating growth and ease of doing businesses.'

Indian handset exports flourished from 2008 to 2012 going up to Rs. 12,000 crores but were interrupted by a decline of almost 30 percent in two subsequent years.

In order to revive the industry, it is imperative to boost handset manufacturing in India. The FTTF, set up in 2014 has a target of increasing count of handsets manufactured in India to 500 million and handset exports to 120 million by 2020. Further, 'Make in India', 'Skill India', and other initiatives taken by the government played a pivotal role to achieve an 85 per cent growth in handset manufacturing recorded in the year 2015-16 (Rs. 54,000 crores) over the previous year, which in 2016-17 grew to Rs. 90,000 crores.

Currently, the only export incentive available to handset manufacturers is a two per cent incentive under the Merchandise Exports from India Scheme (MEIS) introduced in the Foreign Trade Policy 2015-20.

The industry is of the view that the government may increase the MEIS incentive and introduce new incentives such as freight equalization subsidy and to enhance duty draw-back to three percent to attract more players in the market and to encourage the existing players to ramp up manufacturing which would also create more jobs in India.

Therefore, full import duty is currently levied on various capital goods used in manufacture of handsets and components. Though, under the new GST framework, manufacturers will be able to avail input credit for the equipment imported, imported equipment still add significantly to the overall cost of manufacturing in India.

Also, import of second hand capital goods has been restricted by the Ministry of Environment, Forest and Climate Change and clearances for imports takes a long period of time to complete. Therefore, the possibility of a cost effective alternative to import the new capital goods is virtually eliminated.

Countries such as Vietnam and China, offer significant incentives by way of direct tax holidays which provide a very cost effective platform for handset manufacturers to set up production facilities. Vietnam provides tax exemptions to players for the first four years of revenue generation and levies only 10 per cent for the next 11 years, which may be extended to 26 years on approval of the Vietnamese Prime Minister. These initiatives by governments of other countries make those countries favorable for market players to undertake manufacturing, raising their global competitiveness, highlighted the study.

With the primary objective of making the handset manufacturing market favourable for existing players and attracting new players, the government may consider introducing reforms with regard to tax exemptions, favorable rates and incentives, etc.

A wider penetration of feature phones and smart phones would facilitate seamless application of upcoming technologies such as 5G, M2M, Internet of Things (IoT), etc. and also enable the government in achieving targets that it set under the flagship 'Digital India' initiative, adds the study.