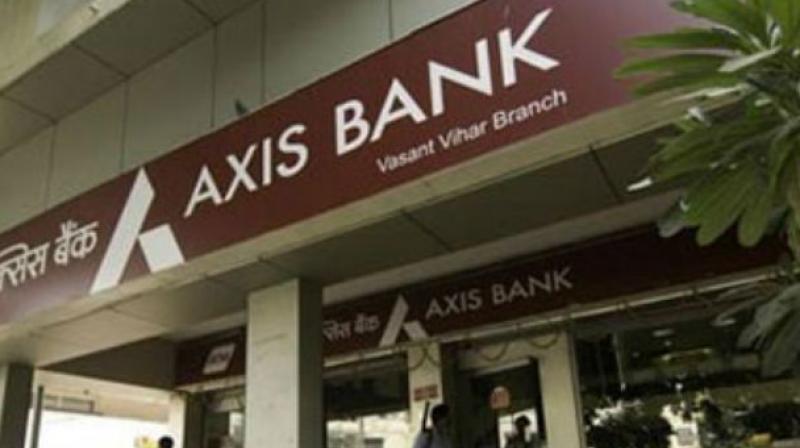 Axis Bank is likely to add between 350 to 400 branches to its network this year from the current about 3,800 branches, a top bank official said on Wednesday.

Hyderabad: Axis Bank is likely to add between 350 to 400 branches to its network this year from the current about 3,800 branches, a top bank official said on Wednesday.

"National, totally we have about 3,800 branches currently. Last year, we added about 400 branches. Our anticipation is that we will add between 350 to 400 branches this year as well (FY19). We added 76 branches in the first quarter," Rajiv Anand, Executive Director- Retail Banking, Axis Bank, told reporters here.

In Telangana, the country's third largest private sector bank, currently has 123 branches and 731 ATMs. While digitisation has taken off in metro and urban areas, it is "by definition" slower in the semi-urban and rural areas, requiring Axis Bank to have branches in those areas, he said. He was asked whether number of ATMs and bank branches would come down with the ongoing digital drive.

Even as the bank has shown robust growth across business levers, its mobile banking segment has shown particularly impressive numbers, a release by Axis Bank said.

"Overall mobile banking spends at the bank touched Rs 71,444 crore in Q1FY19 increasing 90 per cent YoY (Year on Year)," it said. In its commitment to the 'Digital India' agenda, it said more than 70 per cent of all transactions in the first quarter of this financial year were made through digital mode, it said.

The bank continues to focus significantly on cards, both credit and debit, which remain an important business function. Axis Bank is a market leader in installing 'card-acceptance terminals', it said.

"The bank has taken multiple initiatives to promote digital banking, both in rural and urban areas which have led to a good rise in the transactions done digitally," he said.