Had to visit India to exchange scrapped notes: Rajan

Rajan added he had taken some Indian currency with him to the US after he quit RBI on Sept 4 last year. 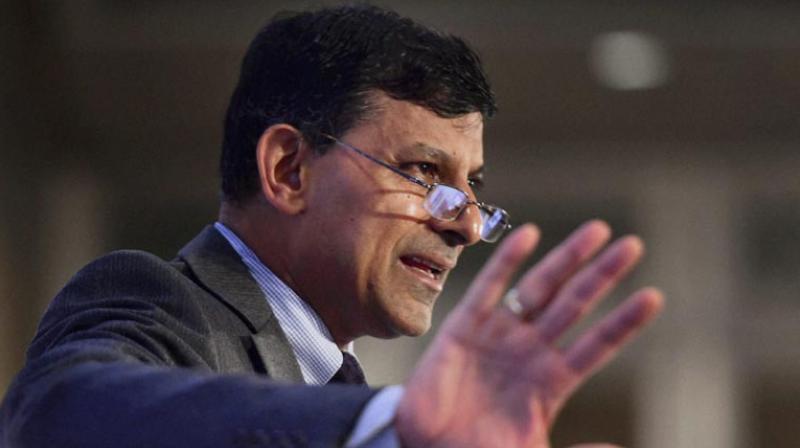 Raghuram Rajan has written about his experiences in India as RBI governor in his recently launched book 'I do what I do'. (Photo: PTI)

New Delhi: Former RBI Governor Raghuram Rajan himself had to come back to India to exchange scrapped currency as he had no clue about the demonetisation date, though the process started during his governorship.

Rajan, who ended his three-year term as RBI Governor on September 4 last year, said he had taken some Indian currency with him to the US.

He added that he was not in favour of demonetisation as according to him the short-term cost of note ban would outweigh the long-term gains.

The former RBI Governor, currently professor of finance at the University of Chicago, was speaking at an event to launch his book 'I Do What I Do'.

Rajan said he was asked about his views on demonetisation by the government in February 2016 and he "gave it orally".

"There was absolutely no date fixed for demonetisation," Rajan said when asked if he too was taken by surprise on November 8, 2016 that Rs 500/1000 notes have been scrapped.

He said he had taken along Indian currency to the US and had to come back to India to "actually change that back" into valid currency notes.

Asked if he would be willing to return to India for another position or was happy teaching in the US, Rajan said he is not special among the diaspora and there were many people who, if called upon, would come back and do what is necessary.

"Many of us have certainly fairly comfortable lives there...coming back to India and doing what I did, gave a tremendous sense of fulfilment...I think it's very selfish thing to come back. Ya, if called upon...and if there is a place where you can make a big difference, of course," he said.