Let India grow at 8-10 pc for 10 yrs before chest-thumping: Rajan

Rajan was only central bank governor in two decades who did not get a second term. 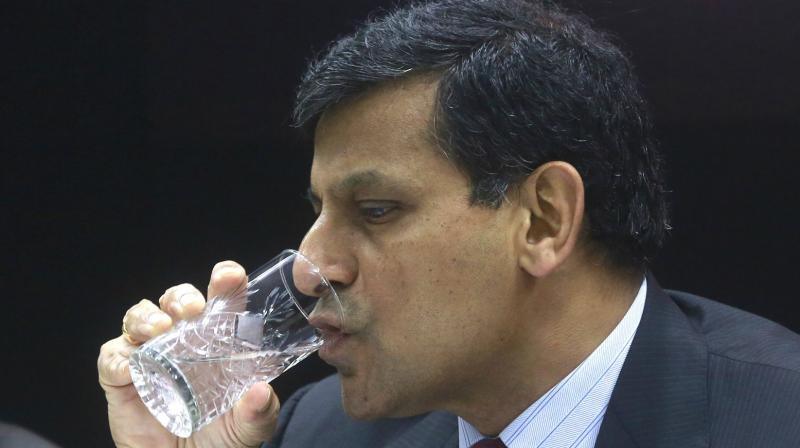 Former RBI governor Raghuram Rajan says he wants to come back to India if the need be. (Photo: AP)

New Delhi: With India trailing China on economic growth post demonetisation, former RBI governor Raghuram Rajan has said the government should not have done "chest-thumping" on being the fastest-growing economy without achieving very strong GDP expansion for 10 years.

In an interview to PTI, he said India can lecture the world on things such as culture and history, but on growth, it should do that only after achieving 8-10 per cent rate for 10 years.

Rajan, the only central bank governor in two decades who did not get a second term, courted controversy when in April last year he had called rising India a one-eyed king in the land of blind.

BJP Rajya Sabha member Subramanian Swamy had then called for his sacking, saying he was "mentally not fully Indian". Refusing to comment on Swamy's remarks, Rajan said his comment was taken out of context.

"Not that I was forecasting anything, I was merely saying we have to be a little cautious about being too bullish about ourselves. That remark was made in April 2016, every quarter since then, our growth has fallen. So, I would argue in hindsight, and I didn't have any reason to believe that would be the case, but caution was warranted," he maintained.

India's GDP growth slowed to 5.7 per cent in April-June this year, down from 6.1 per cent in preceding three months. China clocked 6.5 per cent growth rate in both the quarters. He said the pace of expansion needs to pick up to 8 per cent or 9 per cent with higher private investment and revival in exports.

"There are so many other things that we can lecture the rest of the world -- cultural achievements, historical achievements etc, but on growth, let us lecture once we have achieved another 10 years of 8-10 per cent," he advised.

An 8-10 per cent growth for 10 years would be an extraordinary achievement, but that is the growth rate needed for 10 years to reach the level of middle income, he stressed.

"We should not go chest-thumping. I would prefer that we establish another 10 years of very strong growth of 8-10 per cent." Rajan, who had predicted the 2008 global financial crisis, said Indian economy still is very small at USD 2.5 trillion, but "we feel we are a big country."

China is five times India's size. Stating that India and China are not paired anymore, he said in order to be paired, China has to slow down and India has to grow at a rapid pace for the next 10 years.