India's real GDP growth in FY20 to come below 5 per cent: Report 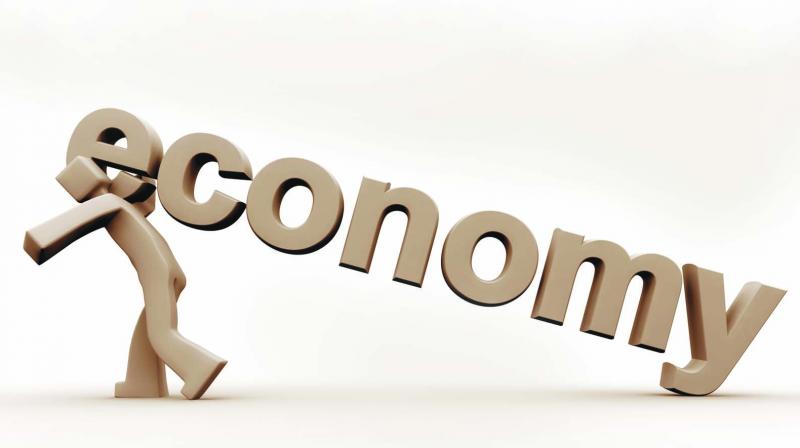 Following the weak GDP outturn for the September quarter, Indian real GDP growth in FY 2019-20 is expected to be slightly below 5 per cent, as it is anticipated that the impact of stimulus measures will take time to filter through to the real economy, IHS said.

New Delhi: India's real GDP growth in 2019-20 fiscal is expected to be slightly below 5 per cent as the impact of stimulus measures will take time to filter through to the economy, IHS Markit has said.

Latest GDP data for July-September quarter showed a significant further moderation in the pace of economic growth to 4.5 per cent, the weakest in six years with a key contributory factor being a slump in manufacturing output. This compared with the 5 per cent growth rate registered in the previous quarter and 7 per cent rate recorded a year ago in September quarter of 2018.

"Financial sector fragilities continue to weigh on India's economic growth momentum, with the high level of non-performing loans on the balance sheets of the public sector banks, constraining their new lending," IHS said in a report.

Furthermore, there are also risks from potential contagion effects from troubled non-bank financial companies (NBFCs) to the balance sheets of some commercial banks, which could further weigh on the overall pace of credit expansion.

In response to the growth slowdown, the Reserve Bank of India (RBI) has eased policy rates significantly during 2019, with a series of rate cuts since February, while the government announced a large reduction in corporate tax rates in September to help boost new investment spending.

"Following the weak GDP outturn for the September quarter, Indian real GDP growth in FY 2019-20 is expected to be slightly below 5 per cent, as it is anticipated that the impact of stimulus measures will take time to filter through to the real economy," IHS said.

"Confronted with the sharp slowdown in economic growth momentum, the Indian government will face increasing pressure to roll out additional fiscal measures to bolster manufacturing output and kick-start an upturn in the investment cycle. Such measures could include accelerated government spending on infrastructure projects such as roads, railways, and ports, as well as urban infrastructure such as affordable housing and hospitals," it said.

IHS said given that the process of strengthening bank balance sheets has been slow, taking a number of years already, India's financial sector problems are likely to remain a drag on the pace of economic growth over the medium-term outlook.

"Furthermore, any turnaround in the investment cycle could also be relatively protracted, depending on the ability of the government to accelerate its own infrastructure spending program," it said.

IHS said the weakest sector has been auto manufacturing, with output down by 24.8 per cent in September. "The Indian auto sector has slumped into a crisis, with hundreds of thousands of auto sector workers in the production and distribution segments having been laid off over the past 12 months".

A key concern is also the sharp contraction in capital goods output, which was down 20.7 per cent in September 2019.

Measuring GDP from the expenditure side, an important factor supporting the growth was public consumption, which rose by 15.6 per cent in the September quarter. Private consumption growth also picked up modestly versus the previous quarter, although it continues to expand at a much slower pace than in the past two financial years, IHS said.