India aspiring to be a developed country: Jaitley

Finance minister informs Parliament that frauds like chit funds scams were result of a cash economy. 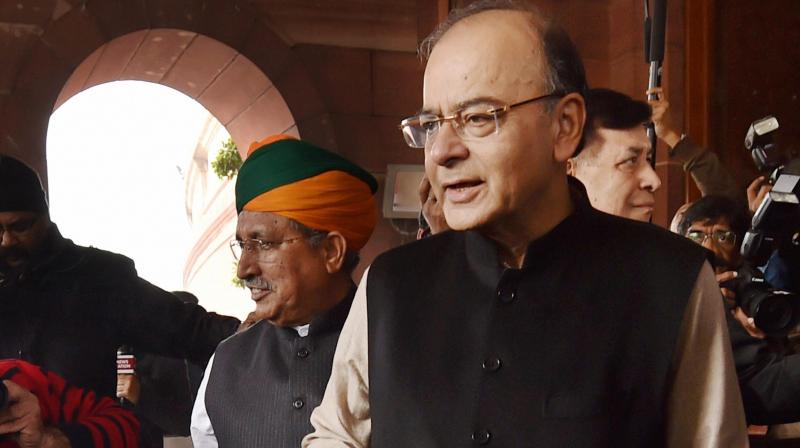 Mumbai: Finance Minister Arun Jaitley on Thursday highlighted how country was on a fast-track to becoming a developed economy from a developing one with reforms in place like demonetisation and Goods and Services Tax.

He said that GST called as One Nation One Tax regime would transform country's tax system and make the process more transparent. "Once GST is implemented, the country will have a much better and efficient tax system."

The finance minister is of the view that the central bank has tough task in figuring out quantity of deposits after note ban. "It will take RBI some time to calculate how much cash has come after demonetisation."

“India aspiring to be a developed country from a developing one,” ET Now quoted Jaitley as saying to the Parliament. This government has maintained fiscal deficit for the past two years and has spent more money than what was allotted to it in budget, he said.

“RBI has now targeted inflation at 4 per cent. We are currently at 3.6 per cent,” Jaitley said. The finance minister informed the House that frauds like chit funds scams were result of a full cash economy. “Schemes like chit funds are biggest vices of a cash economy,” he said.

While backing his government pushing for reforms for a cashless economy, he said that cash transactions lead to a shadow and parallel economy. "We were a high cash economy and this economy leads to tax evasion, corruption and a parallel economy."