Work is on to expand the financial eligibility criteria to attract larger participation by players for further bidding. 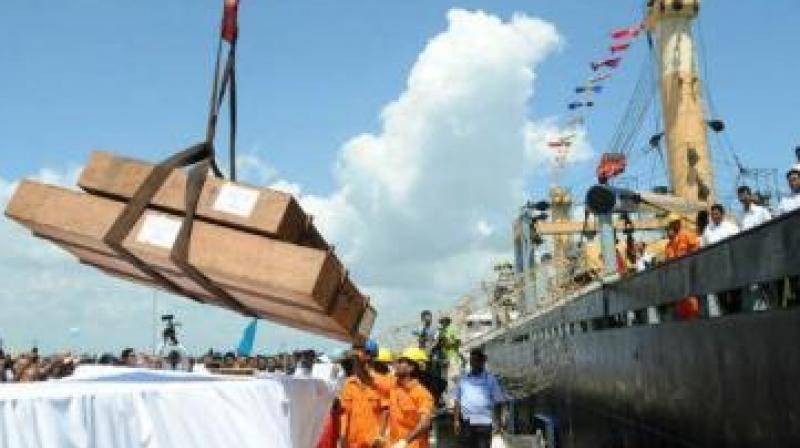 New Delhi: Two major Indian conglomerates have bid for supplying key equipment for the strategic Chabahar Port in Iran, while process is on to expand the financial eligibility criteria to attract more bidders, an official said.

This comes against the backdrop of India being keen on expediting work on this port, located in the Sistan- Baluchistan province on the energy-rich Persian Gulf nation's southern coast that can be easily accessed from India's West coast, bypassing Pakistan.

"Two major Indian conglomerates have bid for supplying four key mounted quay cranes at Shahid Beheshti Port, Chabahar. The bids are under evaluation and a final call will be taken soon," an official who did not wish to be named said.

Shipping, Road Transport and Highways Minister Nitin Gadkari had earlier said the government was hopeful of completing the work on the first phase of the project in 2018.

The Cabinet has already approved funds for development of the project. For greater trade and investment flow with Iran and neighbouring countries, the Cabinet last year had cleared proposals for development of Chabahar port including through a USD 150 million credit from Exim Bank. It also authorised the Shipping Ministry to form a company in Iran for implementing the Chabahar Port Development Project and related activities.

As per the MoU signed between the two nations in May last year, India is to equip and operate two berths in Chabahar Port Phase-I with capital investment of USD 85.21 million and annual revenue expenditure of USD 22.95 million on a 10-year lease.

Ownership of equipment will be transferred to Iranian side on completion of 10 years or for an extended period, based on mutual agreement. The Iranian side had requested for provision of a credit of USD 150 million in accordance with the MoU.

As per the pact, operation of two berths is to commence within a period of maximum 18 months after the signing of the contract.

Besides the bilateral pact to develop the Chabahar port, for which India will invest USD 500 million, a trilateral Agreement on Transport and Transit Corridor has also been signed by India, Afghanistan and Iran.