PCI said digital payments in India have received quite high interest from various investors, both domestic and international. 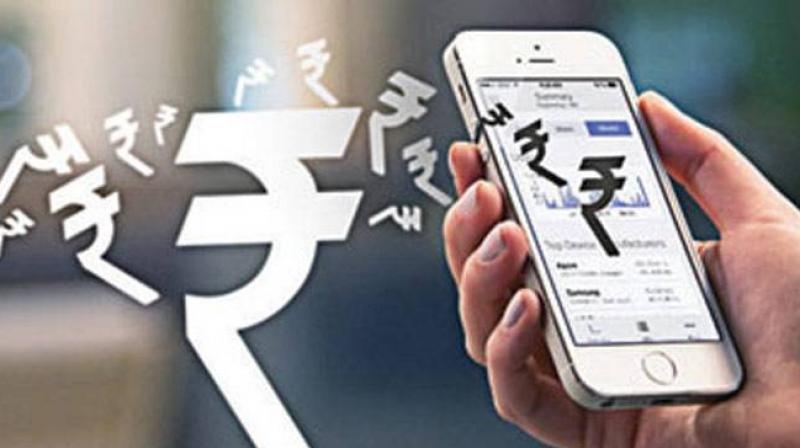 To encourage digital payments, Sitharaman had also announced to levy 2 per cent TDS on cash withdrawal of more than Rs 1 crore in an year from a bank account. (Photo: Representational | ANI)

New Delhi: Abolishing merchant discount rate (MDR) to facilitate digital transaction in the country will dry up foreign capital investment besides leaving the sector without sources of revenue generation, the Payments Council of India (PCI) said on Tuesday.

Finance Minister Nirmala Sitharaman in here maiden Union Budget 2019-20 proposed to do away with any charges (or merchant discount rate) on customers and merchants.

It is proposed to be applicable to businesses with a turnover of Rs 50 crore who facilitate low-cost digital payment modes such as BHIM, UPI, QR code, Aadhaar Pay as well as certain debit cards, NEFT or RTGS transactions.

The Reserve Bank of India (RBI) and banks will absorb these costs from savings that will accrue to them on account of handling less cash as people move to these digital payment modes, Sitharaman said.

"Considering digital payment in retail is little more than just 10 per cent, we have miles to go and need many more players to be willing to invest and work to provide these services. This announcement of industry bearing MDR would lead to the whole digital payment industry without any business and revenue model," said Naveen Surya, chairman, Fintech Convergence Council (FCC), and Chairman Emeritus, PCI.

The charge of 2 per cent tax deduction at source (TDS) on cash above Rs 1 crore received by bank, would not be sufficient for the larger ecosystem to be rewarded for their efforts, he said.

To encourage digital payments, Sitharaman had also announced to levy 2 per cent TDS on cash withdrawal of more than Rs 1 crore in an year from a bank account.

PCI said digital payments in India have received quite high interest from various investors, both domestic and international, and any "knee-jerk" policy changes like this is likely to spook such investors.

It will not be in favour of the government in attracting foreign capital. Private equity and strategic investors in this place are looking for consistency and principle-based policies to invest in this market, PCI said, adding that investors are already managing some existing policies with great difficulty such as compulsory full KYC even for Re 1 transaction.

"Indian MDR is one of the lowest across the globe even when monthly retail digital payments volumes are negligible at USD 250 billion. The real issue for merchants to accept digital payments is the avoidance of tax and requires urgent simplifying of tax both GST and income tax. International benchmarking should be done before such policies are implemented," said Vishwas Patel, chairman, PCI.

He also said it is well established that in any growing economy for the payments infrastructure to grow, there is a need for policies that are acquirer-friendly and which can attract capital.

PCI said the zero MDR for all merchants, with cost to be borne by the RBI and bank comes as a surprise, which has not gone well with and appreciated by the payments industry.

"With the banks being asked to bear the burden of zero MDR, their acquiring business profitability will be impacted. It is likely that banks would in turn try to recover some of this from their non-bank fintech partners, thus negatively impacting all eco-system players, which are key to driving much-needed growth of the acceptance or acquiring eco-system," said Deepak Chandnani, CEO, South Asia & ME, Worldline.

Loney Antony, co-chairman of PCI, and vice-chairman of Hitachi Payments, said non-bank payment service providers (PSPs) such as aggregators or processors are a significant part of the ecosystem.

"If there is no commercial model, they will be forced to shut down, banks may have multiple ways to recover money from the merchants, but non-bank players do not have any other avenue than the MDR," Antony said.

He said these PSPs are employing at least over a several lakh jobs, and in the absence of revenue, there will be survival issues and the industry will eventually collapse.

Citing multiple digital payment reports, PCI said there has been no single instance recommending zero MDR, including the recent one by the Committee for Deepening of Digital Payments chaired by Nandan Nilekani.

All had recommended market-based pricing with support and focus to drive merchant acquiring. Recent RBI Vision 2019-21 document also recommends creating some additional efficiency wherever possible in costs, and not eliminating the MDR, PCI said.

"Digital payments grew from 6 per cent of GDP to 14 per cent and now slipped to 12 per cent. Cash is also 12 per cent of GDP. We have not made any progress on this front and if this trend continues, we will go back to single-digit very soon," Antony said.