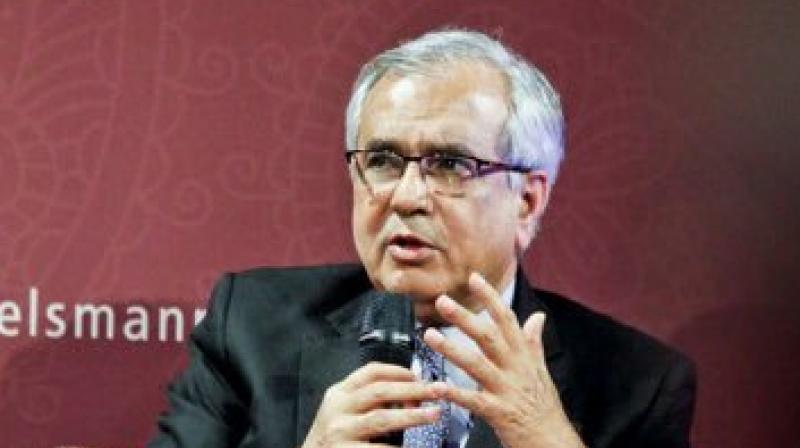 New Delhi: Niti Aayog Vice-Chairman designate Rajiv Kumar on Tuesday said the implementation of GST has brought down overall tax burden on the economy. Kumar will replace incumbent Arvind Panagariya who is leaving the government think tank on August 31.

"Overall tax burden on the economy has come down after the implementation of the Goods and Services Tax (GST)," he said at an event organised by 'PAHLE INDIA FOUNDATION'.

The nationwide GST was rolled out on July 1, overhauling India's convoluted indirect taxation system and unifying the USD 2 trillion economy with 1.3 billion people into a single market.

Later Kumar tweeted, "The seed of @NITIAayog planted @PMOIndia has been nurtured into a robust sapling by @APanagariya.

Look forward to carry it forward." Panagariya took over the reins of the Aayog that was set up after dismantling the Planning Commission which used to set five-year growth roadmaps.