This led to jewellers implementing the August 23 order on the line of banks where cash transactions of Rs 50,000 and above are to be reported. 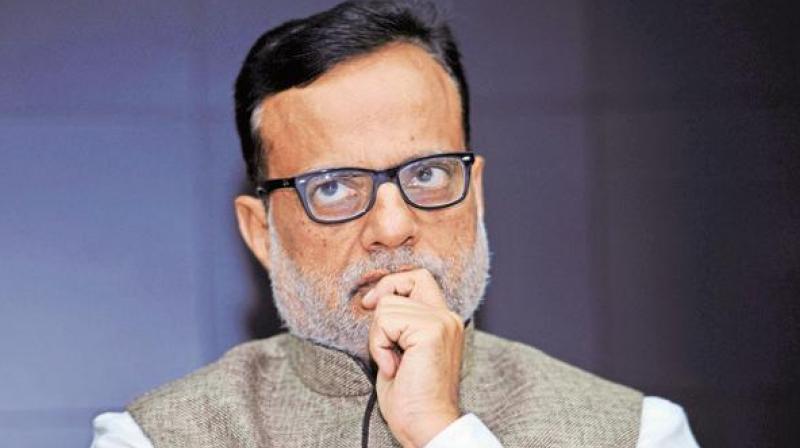 New Delhi: The government will soon notify a new threshold for reporting to authorities about transactions in gold and other precious metals and stones with a view to curb parking of black money in bullion, revenue secretary Hasmukh Adhia said.

The government had on Friday reversed its August order of bringing gems and jewellery dealers under the purview of the reporting requirement of the Prevention of Money Laundering Act (PMLA).

Mr Adhia said that the August 23 order had to be rescinded because it created “confusion and a lot of negative sentiment” because no threshold for transactions to be reported was set.

“For the first time in India, we had notified that jewellers will be reporting entity (under PMLA) but what report they will submit to us that was not clear,” he said.

This led to jewellers implementing the August 23 order on the line of banks where cash transactions of Rs 50,000 and above are to be reported. “And that affected sentiments. So, now we have to sit down and decide about it,” he said. The decision to rescind the August 23 order is being seen as the requirement of quoting the income-tax permanent account number (PAN) for jewellery purchases exceeding Rs 50,000 is not longer applicable, providing a big festive cheer for the sector and customers.

“The Rs 50,000 is too onerous in case of jewellery. Cash deposit is different in bank where everything is electronic and easy to report. But, here they started implementing.

“Our notification (of August 23) only said that any jeweller with turn-over of more than `2 crore will be the reporting entity. Rs 50,000 requirement is in general rules,” he said. He did not clearly state if the requirement of PAN for jewellery purchases above Rs 50,000 has been removed.

“There was some confusion created, which has created a lot of negative sentiment. We will work on it. We will study what to do and we will again renotify them as reporting entity but with what limit that we will decide. We will check with industry and decide soon,” he said.

“PMLA says that anybody can be notified as reporting entity. So banks, insurance have to report. So, high value transactions of jewellers have to be reported," he said.