Growth important, but not at cost of inflation: RBI Guv Urjit Patel

The slowdown had sparked some calls for lower interest rates, but with inflation rising, the RBI left rates unchanged. 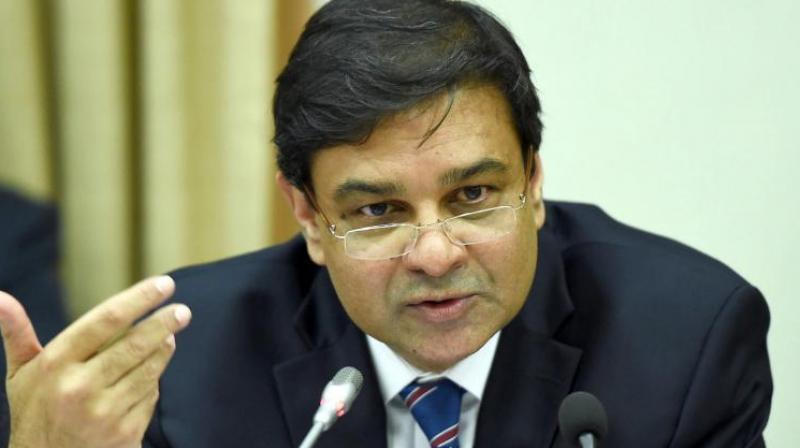 RBI Governor Urjit Patel said that while Indian policy makers are concerned about growth, it will not take priority over inflation.

Mumbai: Fostering monetary conditions conducive to economic growth were a constant consideration for Indian policymakers, but would not take priority over achieving the central bank’s inflation target, Governor Urjit Patel told a newspaper on Monday.

Patel told the Mint newspaper that the economy was recovering, after growth slowed to a three-year low of 5.7 per cent in the April-June quarter.

The slowdown had sparked some calls for lower interest rates, but with inflation rising, the RBI left rates unchanged at a review by the monetary policy committee (MPC) last week.

“Growth is always there in the MPC’s scheme of things; we don’t lose sight of that, but not at the cost of inflation,” Patel was quoted as saying in the interview.

“However, we have to be careful — we should aim at achieving the inflation target without losing sight of supporting economic growth.”

Consumer inflation accelerated to 3.36 per cent in August. India’s central bank has a medium-term target for annual inflation of 4 percent with the flexbility of plus/minus 2 percent on either side to make room for food price volatility.

The (MPC) will strive to achieve its 4 percent inflation target on a “durable basis”, Patel said.

However, Patel said growth was already starting to recover. The RBI last week cut its projection for gross value added - an indicator of growth it prefers to 6.7 per cent from 7.3 per cent for the year ending in March - higher than some analyst forecasts.

“Our projections based on high frequency real economy indicators suggest that growth will pick up in the third and fourth quarters (of the current fiscal year) to above 7 per cent,” he told Mint. “We have started seeing the upturn.”

Patel has given only a handful of interviews since taking over as RBI Governor late last year.