Data analytics by the revenue authorities have detected rampant tax evasion through black market and under-valuing of imports. 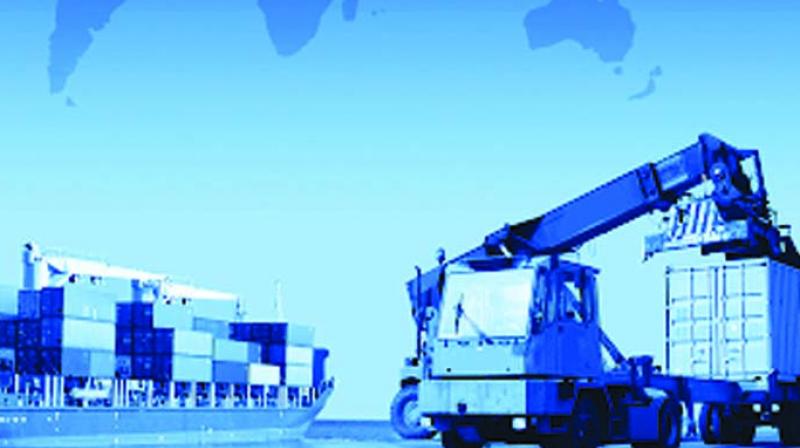 The government, however, said it would fine-tune its existing policies to increase outward shipments while also examine the loopholes of revenue leakage in the system.

New Delhi: In a move to strengthen surveillance on evaders and plug revenue leakage in the goods and services tax (GST), the government has enhanced disclosure norms for exporters and importers from next week.

Importers and exporters will have to mandatorily declare GSTIN in documents from February 15 while exporters will need to mention additional information, including district of origin of goods, to the customs department from next Sunday.

The government, however, said it would fine-tune its existing policies to increase outward shipments while also examine the loopholes of revenue leakage in the system.

According to a circular by the Central Board of Indirect Taxes and Customs (CBIC), certain cases have come to notice where the importer or exporter did not declare their GSTIN in the bill of entry/shipping bill despite being registered with GSTN.

GSTIN is a 15-digit PAN-based unique identification number allotted to every registered person under GST. While importers have to fill bill of entry with the customs department when importing goods, exporters have to file shipping bill.

"With effect from February 15, 2020, the declaration of GSTIN shall also be mandatory in import/export documents for the importers and exporters registered as GST taxpayers," the circular said.

Data analytics by the revenue authorities have detected rampant tax evasion through black market and under-valuing of imports. It has come to light that although importers are paying GST, they are supplying the goods without bill.

Importers typically pay integrated goods and services tax, or IGST, on goods they bring into the country. This tax is supposed to be set off against the actual GST paid by the final consumer, or claimed as refund. But this is not happening in many cases.

A similar situation has been witnessed on cess charged on luxury and sin goods with companies paying it at the time of imports but not claiming credit or setting it off from final GST paid by consumers.

Further, exporters will also have to furnish details like the state of origin of goods, details of preferential agreements under which the goods are being exported, wherever applicable, and the standard unit quantity code or SQC.

The data will be used for district-level plans for promoting exports as the commerce ministry has initiated a process to prepare a district export plan specific to every state and Union territory to boost exports.

"With effect from February 15, 2020, apart from the data/ information required to be furnished in the present electronic form of electronic integrated declaration mentioned in Regulation 3 of Shipping Bill (Electronic Integrated Declaration and Paperless Processing) Regulations 2019," the circular said.

The ministry further said that state and union territories would be assisted in preparing an annual export ranking index of different districts to rank each district on its export competitiveness.