40 economists showed India’s annual consumer price inflation is expected to have risen to 7.40 per cent in January. 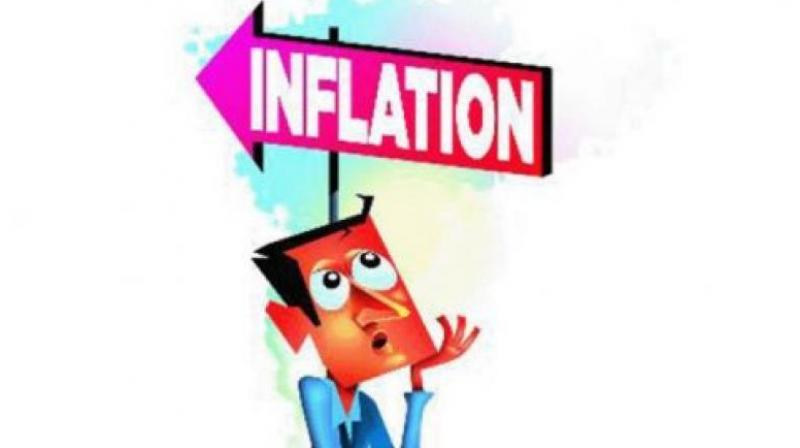 Any future rate cut can happen only after CPI comes down to around 5 per cent and transmission of past rate cuts is more complete.

Bengaluru: Indian retail inflation likely rose to a near six-year peak in January as food prices stayed high, according to a small majority of economists in a Reuters poll, which may persuade the Reserve Bank of India (RBI) to keep interest rates on hold in the coming months.

The February 5-7 poll consensus of more than 40 economists showed India’s annual consumer price inflation is expected to have risen to 7.40 per cent in January, a touch above December’s 7.35 per cent and the highest since May 2014.

While nearly half of the economists polled predicted price pressures eased in January, none expected it to have fallen within the RBI’s medium-term target range of 2 per cent-6 per cent, suggesting a significant decline in inflation over the coming months was unlikely.

The RBI kept its repo rate unchanged at 5.15% on Thursday, despite slowing growth, and revised up its inflation projections, estimating it would range between 5.0 per cent and 5.4 per cent in the first half of the upcoming fiscal year.

“Headline consumer price inflation is likely to have edged up in January, in large part due to a continued increase in food inflation,” said Darren Aw, Asia economist at Capital Economics.

However, recent data showed a decline in some vegetable prices, including onions - the primary driver for the latest inflation surge - while oil prices, India’s biggest import, plunged over 10% last month after the coronavirus outbreak in China raised concerns about global economic growth.

The RBI, which cut interest rates by a cumulative 135 basis points last year, is now expected to stay on hold until late this year, putting the onus on the government to boost the flagging economy.

But the latest annual budget fell short of expectations for fiscal expansion.

“Any future rate cut can happen only after CPI comes down to around 5 per cent and transmission of past rate cuts is more complete. This provides only limited room in a world of uncertain inflation,” said Samiran Chakraborty, chief economist for India at Citi.