Board accepts her request to curtail her tenure after reports of RBI’s displeasure; to quit by December 31. 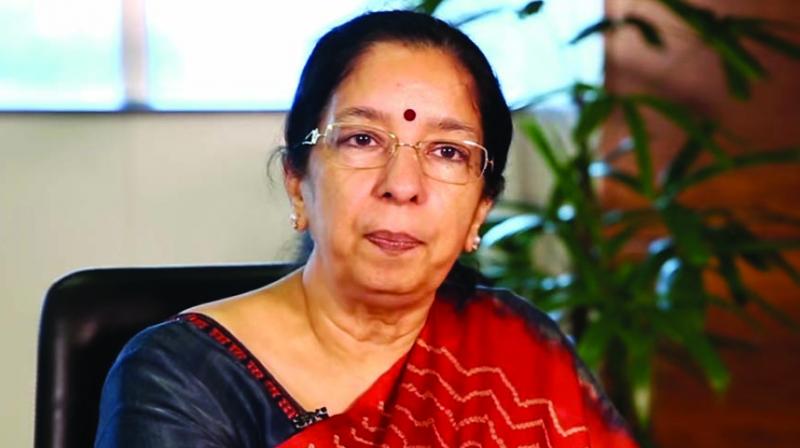 Mumbai: The board of private sector lender Axis Bank has decided to end the term of its chief executive officer Shikha Sharma by the end of this year amid mounting concerns over deterioration in the bank’s asset quality.

“Kindly note that Shikha Sharma, Managing Dire-ctor and CEO of the bank has requested the Board to reconsider the period of her re-appointment as the Managing Director & CEO of the Bank be revised from 1st June 2018 up to 31st December 2018,” the bank said in a statement to exchanges.

The bank’s board has accepted her request, subject to the approval of the RBI, the statement added.

Earlier, the board had extended the tenure of Ms Sharma for the fourth time, which would have ended in 2021. However, the bank’s proposal  got into rough weather after the RBI had reportedly its displeasure and asked the bank’s board to reconsider the decision to reappoint her as the MD and CEO.

While the exact reason for the RBI’s displeasure is not known, the central bank is believed to be unhappy with Ms Sharma owing to the surge in bad loans and systemic lapses at one of the leading private banks in the country.

Ms Sharma, who traces her roots to ICICI Bank,  took over as the chief executive of the bank in June 2009. A contemporary — and also popularly billed as a challenger — of Chanda Kochhar in ICICI Bank, Ms Sharma was the  CEO of ICICI Prudential Life Insurance before joining Axis Bank. It is widely believed that she quit the ICICI Group in 2009 after Ms Kochhar was appointed as ICICI Bank’s CEO.

Her nearly 40-year-long successful career in the banking sector has been eclipsed by a spurt in bad loans.

Over the last two years, the bank came under greater scrutiny of the RBI for providing incorrect details on distressed assets. After conducting its annual risk based supervision, RBI said that the bank underreported bad assets worth Rs 9,480 crore in FY16 and Rs 5,633 crore in FY17.

Shikha Sharma, one of prominent and most successful women bankers in India, would step down from the post of MD and CEO at Axis Bank by December 31.

The board cleared Ms Sharma’s request to curtail her tenure at the bank after news reports suggested RBI objecting to her fourth term.

Experts claim that RBI’s opposition to Ms Sharma’s extension stems from underreporting of bad loans and other systemic lapses at the bank.

Timeline
Shikha Sharma started her career in 1980 at ICICI Bank.

She oversaw the setting up of personal financial services arm at ICICI Bank.

In 2000, she was appointed as the first MD of ICICI Prudential Life Insurance.

She quit ICICI Prudential Life in 2009 to join Axis Bank after her contemporary Chanda Kochhar was elevated as ICICI Bank CEO.