The rupee made a roaring comeback despite a week of depressed global sentiment and a volatile situation in the country. 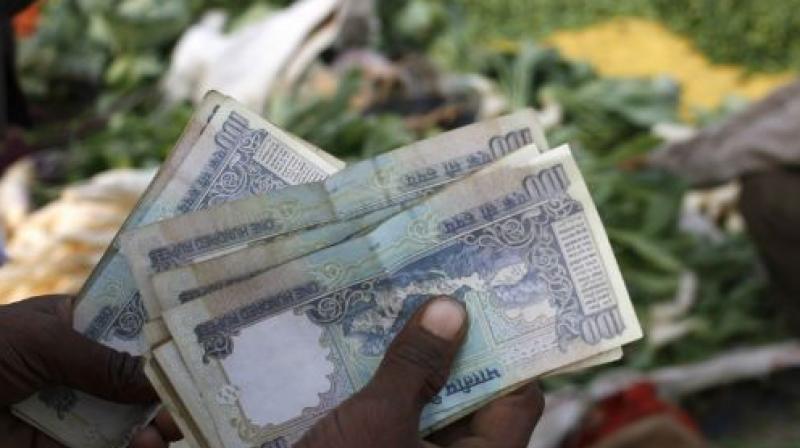 Mumbai: The rupee made a roaring comeback to hit its highest level in three-week against the American currency in a nerve-wracking trading dominated by RBI policy outcome and geopolitical headlines.

Keeping its edge against the beleaguered dollar, the home currency ended higher by a solid 20 paise at 64.24. Depressed global sentiment in the midst of rising Middle East tensions and extreme volatility ahead of the RBI policy outcome added some discomfort for the home currency initially before the incredible recovery towards the fag end.

The central bank left lending rates unchanged citing risks to inflation and also marginally lowered the economic growth forecast for the current fiscal to 7.3 per cent for the current fiscal from 7.4 per cent earlier. Though, the forex market sentiment remained very fragile and uncomfortable in the midst of renewed global political uncertainty in UK and UK.

In the meantime, country's forex reserves surged by USD 2.404 billion to reach life-time high of USD 381.167 billion in the week to June 2 on account of rise in foreign currency assets, the Reserve Bank said today. The local united resumed higher at 64.35 against last Friday's closing value of 64.44 at the Interbank Foreign Exchange (forex) market. It, then remained under immense selling pressure due to bouts of dollar demand from corporartes and state-run banks owing to fresh capital outflows.

After plunging to a fresh low of 64.51 on Wednesday in a knee-jerk reaction to RBI outcome, the home currency staged a spectacular comeback towards the tail-end trade to top a high of 64.1650, before concluding at 64.24, showing a smart gain of 20 paise, or 0.31 per cent.

The RBI fixed the reference rate for the USD at Rs 64.2584 and Euro at Rs 71.9823, respectively. Foreign funds were net sellers and offloaded a net amount of USD 168.39 million, according to provisional figures by stock exchanges.

In worldwide trade, the dollar staged a smart recovery to hit a 10-day high against a basket of currencies, boosted by a weaker British pound after Prime Minister Theresa May's Conservative Party lost its parliamentary majority in national elections.

The US Federal Reserve will have a monetary policy meeting next Wednesday. The dollar index - a measure of the US currency against a basket of six trade-weighted peers rebounded sharply to end 97.24.