Currency in circulation rises to Rs 21 lakh crore as on March 2019: Thakur

MoS Finance Anurag Thakur was responding to a query whether currency notes in circulation increased post-demonetisation. 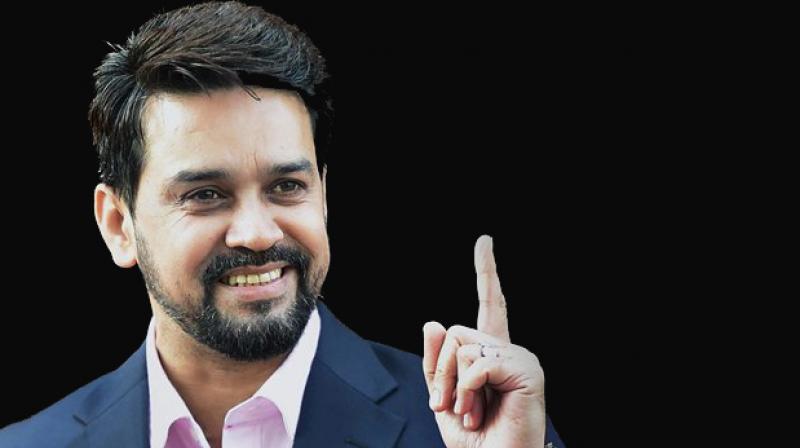 The value of total notes in circulation as at end of March 2019 stood at Rs 21,109 billion, Minister of State for Finance Anurag Thakur said in a written reply in the Lok Sabha on Monday. (Photo: File)

The value of total notes in circulation as at end of March 2019 stood at Rs 21,109 billion, Minister of State for Finance Anurag Singh Thakur said in a written reply in the Lok Sabha.

To a question whether government has taken note of the fact that non-availability of Rs 1,000 currency causes problems to the citizens, Thakur said the economy has already adjusted itself to the new scenario where the earlier series of Rs 500 and Rs 1,000 had ceased to be a legal tender.

Fresh series of Rs 500 were issued and a new denomination of Rs 2,000 has been introduced, he added.

As per the RBI's much-delayed report on how much of the junked currency was returned by public, it was found that 99.3 per cent of the invalid Rs 500 and Rs 1,000 notes returned to the banking system.

The RBI data on return of junked currency notes was published in its Annual Report for 2017-18.

To a question if the government has assessed any impact for past one year on digital adoption of currency, Thakur said no formal assessment to measure the impact of Digital India programme has been conducted by the Ministry of Electronics and Information Technology.

"However, the statistics of e-transactions on e-Taal platform gives an indication of increase in digital penetration and usage of e-Government tools in India. More than 1,454 crore e-transactions have been recorded for 3,702 services since January 2019," the minister said.