Petrol, diesel prices at fresh highs as rates up for 2nd straight day 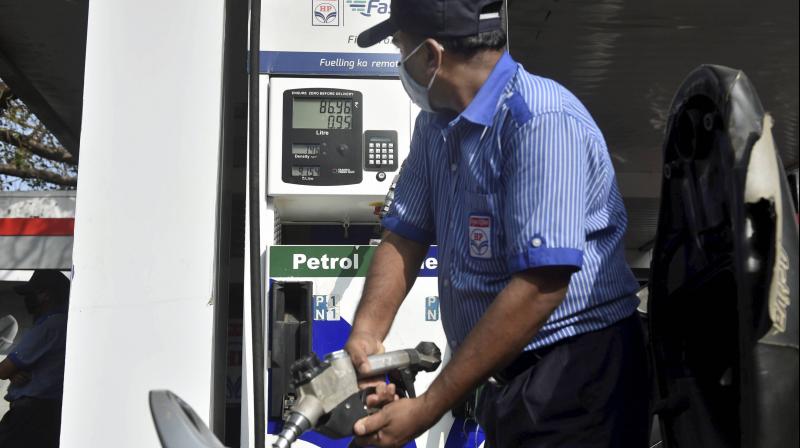 Petrol price was hiked by 30 paise per litre and diesel by 25 paise a litre, according to a price notification of state-owned fuel retailers. (Representational Photo:PTI)

New Delhi: Petrol and diesel prices on Wednesday scaled new highs in the country as rates were hiked for the second day in a row. Petrol price was hiked by 30 paise per litre and diesel by 25 paise a litre, according to a price notification of state-owned fuel retailers.

Oil Minister Dharmendra Pradhan in Rajya Sabha said the government is not considering a reduction in excise duty to cool rates from their record highs.

Rates have risen as international oil prices crossed USD 61 per barrel for the first time in more than a year on improving demand outlook amid the global rollout of COVID-19 vaccines, he said on Wednesday.

Retail petrol rates have risen by Rs 18.01 per litre since mid-March 2020 after the government raised taxes by a record margin to mop up gains arising from fall in international oil prices. Diesel rates have gone up by Rs 15.44.