Inflation likely slowed further in March, but above target: sources

The Monetary Policy Committee (MPC) lowered its inflation forecast for April-September to 4.7-5.1 per cent. 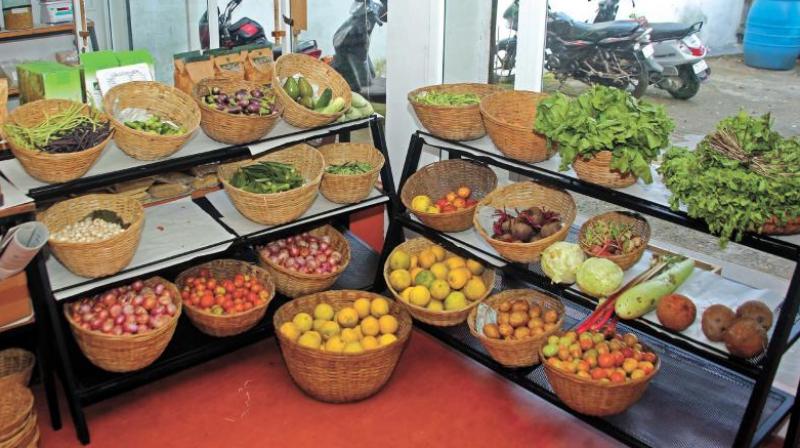 Indian retail inflation expected to have eased to a five-month low in March.

Indian retail inflation was expected to have eased to a five-month low in March as increases in food prices slowed once again but remained above the central bank’s medium-term target, a Reuters poll found.

That, coupled with the latest data which showed Asia’s third-largest economy beat China to regain top spot as the fastest growing major economy. That should give policymakers some relief as they seek to keep inflation under control without hurting growth.

Annual consumer price inflation was expected to have softened to 4.20 per cent in March from February’s 4.44 per cent, according to a poll of 35 economists taken April 4-10.

If the consensus matches the actual release, it would be the smallest annual increase in retail prices since October. It would also mark the third consecutive month of easing after hitting a 17-month high in December.

“We anticipate a slight easing in the headline inflation number. The current softening is not broad-based and is primarily limited to the food category,” said Tushar Arora, senior economist at HDFC Bank.

While inflation has stayed above the RBI’s medium-term target of 4.0 per cent, the central bank kept its repo rate on hold last week and sharply cut its projection for price rises from April through September.

The Monetary Policy Committee (MPC) lowered its inflation forecast for April-September to 4.7-5.1 per cent from 5.1-5.6 given at the February meeting.

While lower, the latest range is still above current levels and the central bank’s target and increased government spending ahead of elections next year still needs to kick in.

This fiscal year’s budget is focused on rural welfare, in particular an increase to the guaranteed price for agricultural produce - called the minimum support price (MSP), which would be inflationary.

“The consumer price index is likely to turn up from April 2018 onwards,” noted Teresa John, economist at Nirmal Bang.

“An increase in MSP of agricultural produce, hike in allowances to employees of state governments, high government spending ahead of elections and pass-through of the past increase in commodity prices are all likely to add to the inflationary pressure.”

A Reuters poll conducted ahead of this month’s policy meeting predicted the RBI would hike the repo rate by 25 basis points early next year.

The wholesale price index increased slightly to 2.58 per cent in March from February’s 2.48 percent, the latest poll found.
Slideshow (2 Images)

Industrial production in February slowed to 7.0 per cent annually from 7.5 per cent in January, the poll also showed.

India’s infrastructure output, which comprises eight core industries and accounts for nearly 40 per cent of total industrial production, grew 5.3 per cent in February from a year ago.