The five states which would form part of the first phase are Andhra Pradesh, Telangana, Gujarat, Kerala and UP. 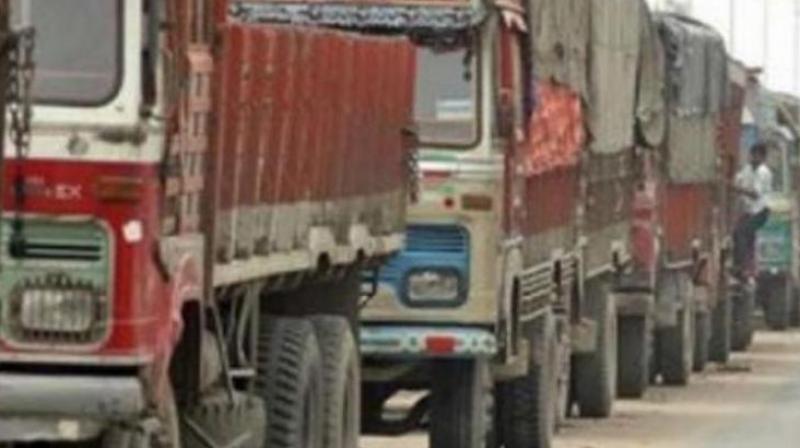 The five states which would form part of the first phase are Andhra Pradesh, TS, UP, Gujarat and Kerala.

New Delhi: The e-way bill for movement of goods within the state will be rolled out from April 15  in the states of AP, Gujarat, Kerala, Telangana and Uttar Pradesh.

As per the decision of GST Council, e-way bill system for all inter-state movement of goods worth over Rs 50,000 has been rolled out from April 1.

E-way Bill system for intra-state movement of goods in the state of Karnataka is already operational.  “E-way bills are getting generated successfully and till April 9, 2018 more than 63 lakh

e-way bills have been successfully generated,” said the finance ministry. The same for intra, or within the state movement, will be rolled out from April 15, a finance ministry statement said.

The five states which would form part of the first phase are Andhra Pradesh, Telangana, Gujarat, Kerala and UP.

“With the roll-out of e-way bill system in these states, it is expected that trade and industry will be further facilitated insofar as the transport of goods is concerned, thereby eventually paving the way for a nation-wide singlee-way bill system,” said the finance ministry. It said that trade and industry and transporters located in these states may obtain registration/enrollment on the e-way bill portal at the earliest without waiting for the last date.

Meanwhile since the roll out of e-way bill from April 1, Gujarat, Uttar Pradesh, TS, AP and Kerala have taken the lead over other states and have emerged as the top states in terms of number of e-Way bills being generated. These five states together have accounted for 61 per cent of all the e-way bills generated in the country till April 8.

Under GST, e-way bills are to be necessarily generated by transporters for movement of goods beyond 10 kms which have a value of Rs 50,000 and above.