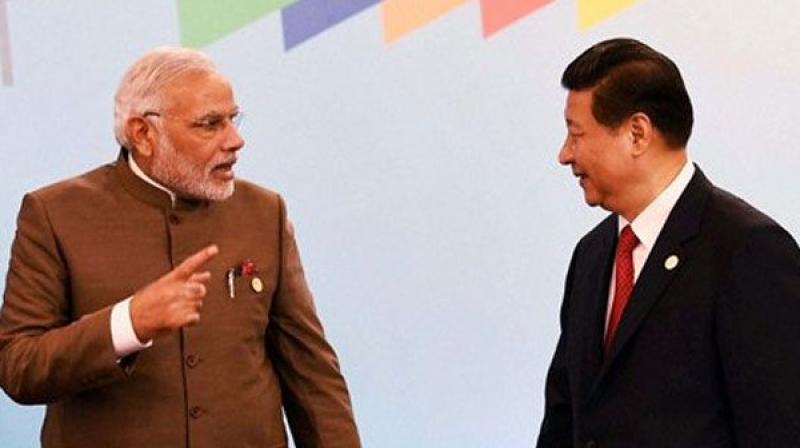 Beijing: China should take competition from India seriously as the Indian economy may see "explosive" growth in the future, raising prospects of it becoming "China 2.0", according to a Chinese think-tank.

The world's second largest economy should develop an effective counter growth strategy otherwise it may end up becoming a "bystander" to watch India's success.

"As China's demographic dividend diminishes, India, with half of its population below the age of 25, is poised to take advantage," a study on Indian economy by Chinese private strategic think tank Anbound said.

Pointing to Chinese economic slowdown which last year grew to 6.7 per cent in contrast to India's estimated GDP of 7.1 per cent for 2016-17, excerpts of the report published in the state-run Global Times today said "just as what happened with China in the past, the changes that are taking place in India may also point to great potential for development".

"With a large population of young people, which is not only the labour force but also a potential consumer group, India has the possibility of seeing explosive economic growth in the future. Therefore, we must pay close attention to the development of this unfamiliar neighbour," it said.

Referring to a question raised by one of its researchers that by "imitating, India may turn itself into China 2.0, and let global investors decide whether to invest in China or India" it said, "while Indian GDP may lag far behind, it remains a potential emerging market that has high attractiveness for global capital".

"A survey by Ernst and Young (EY) ranked India as the most attractive investment destination in the world. Among 500 executives from multinational companies involved in the survey, 60 per cent considered India one of the top three investment destinations in 2015. The country's vast domestic market, low labour costs and skilled labour market are its most attractive features," it said.

Referring to various Chinese firms including Huawei, Xiaomi, Oppo and others investing in India, the report said "in our opinion, if India intentionally creates a competitive situation in front of global investors, it will pose a challenge for China".

"Generally speaking, India does have the conditions to copy China's economic growth model thanks to its vast size and market, low labour costs and large population, which are all similar to China's conditions. In fact, based on the EY report, global investors are currently undecided," it said.

It said the Indian government appears confident about attracting investment as Prime Minister Narendra Modi hopes to boost the usage of clean energy over fossil fuels by building massive solar parks and is targeting USD 100 billion in investment in solar energy in the next five years, with the backing of loans from the World Bank.

"No other country could compete with India in supporting investors in the solar economy. It should be pointed out that China has not conducted enough studies on India. From the perspective of think tanks, China cannot wait until India grows into an apparently promising competitor before discussing how to deal with the situation," the report cautioned.

"As such, China should develop a more effective growth strategy for the new era or it may become an unfortunate bystander watching India's success.

"China needs to ponder and study the rise of the Indian economy carefully. With a young population, it is entirely possible for the emerging market economy to become China 2.0 to gain the attention of world capital," it added.