On NPA resolution, C Rangarajan said, clean-up exercise has to be done and some 'haircut' is inevitable. 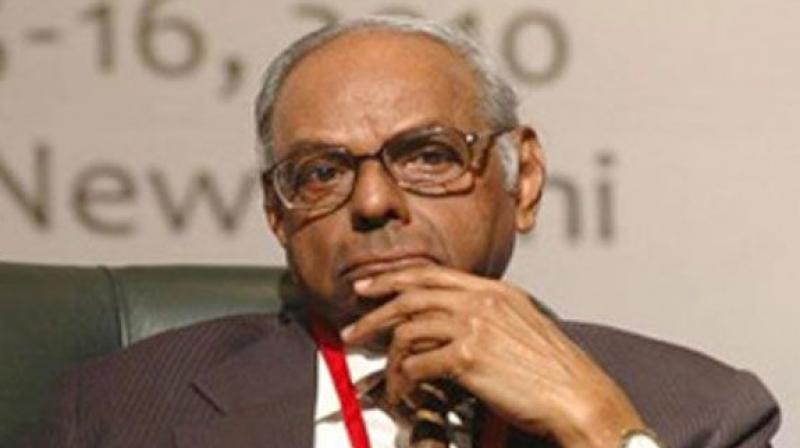 New Delhi: Former RBI Governor C Rangarajan on Tuesday said bank merger should be need-based and the initiative should come from the lenders themselves.

"Initiative for merger should come from banks themselves and there must be felt a need for it. Therefore, the world over, the larger banks are coming into cooperation," he said.

Recently, the State Bank of India merged five associates with itself and the government is looking to consolidate few more with the objective of creating five global-sized lenders. Five associates and the Bharatiya Mahila Bank became part of the State Bank of India (SBI) beginning April 1 this year, catapulting the country's largest lender to among the top 50 banks in the world.

On NPA resolution, he said, the clean-up exercise has to be done and some 'haircut' is inevitable. Rangarajan was speaking to reporters here today on the sidelines of a NABARD event. "With the haircut, loans should become performing. Some adjustment is needed. After all, we have always done one-time adjust in the past. The size of NPAs has become big so this step is required. Without finding solution to NPA, we will not be able to move forward in terms of stimulating economy and investment," he said.

Rangarajan said the NPA resolution process would take at least a year to complete.

Last month, the RBI identified 12 accounts for insolvency proceedings with each of them having over Rs 5,000 crore of outstanding loans, accounting to 25 per cent of the total NPAs of banks.

These 12 accounts would qualify for immediate reference under the Insolvency and Bankruptcy Code (IBC), the RBI said. The banking sector is saddled with non-performing assets (NPAs) of over Rs 8 lakh crore, of which Rs 6 lakh crore is with public sector banks (PSBs).

The Reserve Bank had set up an Internal Advisory Committee (IAC), comprising a majority of its independent board members, to advise it with regard to the cases that may be considered for reference for resolution.