It said inflation is expected to remain below Reserve Bank of India's medium-term target of 4 per cent. 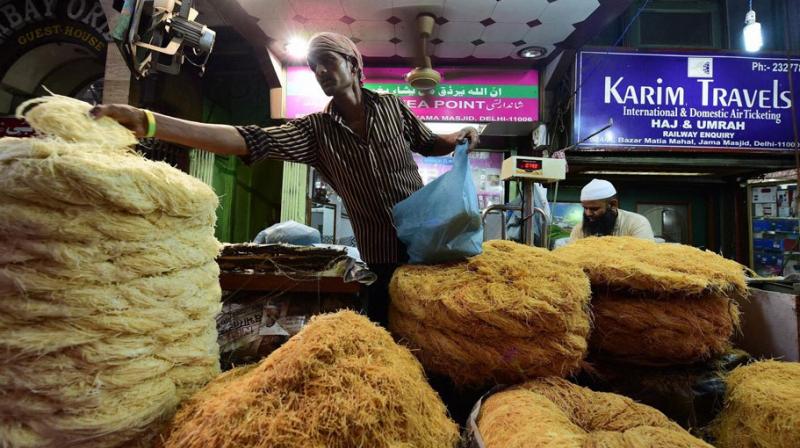 Economic Survey listed challenges to GDP growth like appreciation of the rupee, farm loan waivers, rising stress on balance sheets in power as well as telecom and problems from GST transition. (Representational Image)

New Delhi: Flagging uncertain fiscal outlook for the current fiscal, the second part of Economic Survey released on Friday said achieving higher end of the 6.75-7.5 per cent GDP growth estimated earlier will be difficult and called for more interest rate cuts to boost the economy.

Its list of challenges included appreciation of the rupee, farm loan waivers, rising stress on balance sheets in power as well as telecom and transition issues arising from implementing the Goods and Services Tax (GST).

The Survey warned of fiscal slippages as "a series of deflationary impulses are weighing on an economy yet to gather its full momentum".

Authored by Chief Economic Adviser Arvind Subramanian and tabled in Parliament, the Survey said farm loan waiver could cut economy demand by up to 0.7 per cent of GDP.

It said inflation is expected to remain below the Reserve Bank of India's medium-term target of 4 per cent, through the fiscal deficit will be 3.2 per cent of GDP in 2017-18 as compared to 3.5 per cent last fiscal.

The mid-year survey of the economy said there was "considerable" scope for further easing in monetary policy as the repo rate was 25-75 basis above the neutral rate.

RBI had last week cut its main policy rate by 25 basis points to 6 per cent, the lowest since November 2010. "Cyclical conditions suggest that the policy rate should actually be below...the neutral rate. The conclusion is inescapable that the scope for monetary easing is considerable," it said.

Citing deflationary impulses, the Survey stressed that farm revenues, decline in non-cereal food prices, farm loan waivers, fiscal tightening and declining profitability in the power and telecom sectors are weighing on the economy.

"Economy is yet to gather its full momentum and still away from its potential," it said.

It further said a number of indicators -- GDP, IIP, credit offtake, investment and capacity utilisation – point to a deceleration in real activity since first quarter of 2016-17 and a further deceleration since the third quarter.

The Part-1 of the Survey tabled in Parliament on January 31 had "predicted a range for GDP growth of between 6.75 and 75 per cent, factoring in more buoyant exports as global recovery gathered steam, a post-demonetisation catch-up in consumption, and a relaxation of monetary conditions".

"The balance of risks seem to have shifted to the downside. The balance of probabilities has changed accordingly, with outcomes closer to the upper end having much less weight than previously," it said.

Since February 2017, the rupee has appreciated by about 1.5 per cent.

There are early signs of tax base expanding post the implementation of GST, it said. Also, nominal GDP growth has accelerated post demonetisation. Stating that demonetisation may continue to pay dividends over time, it said about 5.4 lakh new tax payers have joined the tax net post note ban.

The Survey wanted stock limits and movement curbs on farm goods to end and credit off-take from banks to pick up. The government and the RBI have taken "prominent steps"

to address the twin balance sheet challenge which has boosted market confidence in the short run, it said.

Also, it added that the removal of checkposts and easing of transport constraints after GST implementation can provide some short-term fillip to economic activity.