The survey said the IT industry is 'feeling the pinch' of the global slowdown and political uncertainties. 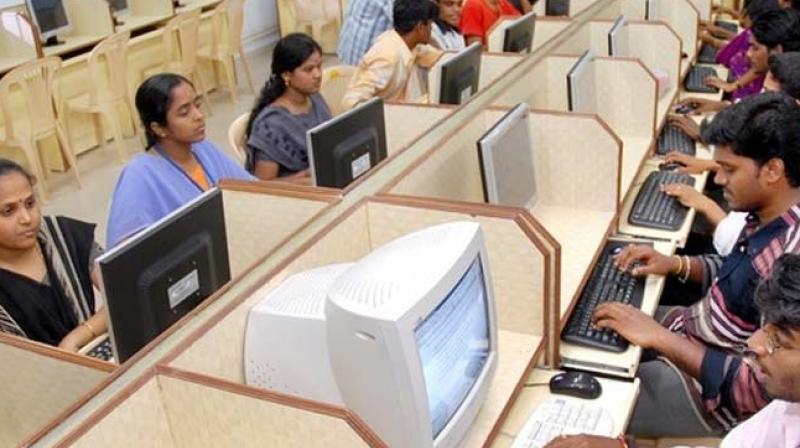 The Economic Survey listed some key challenges for the IT industry.

New Delhi: Increased oversight on work visa regime in countries like the US, competition from new players in Eastern Europe and lack of skilled manpower in digital technologies are among the key challenges for the Indian IT-BPM sector, the Economic Survey-II on Friday said.

The survey, tabled in Parliament on Friday, said the Indian USD 150-billion IT-BPM industry is "feeling the pinch" of the global slowdown and political uncertainties as clients go slow on decision-making and investment processes.

"Misconstruing mobility of skilled people as immigration issue is a deterrent to the growth of this global business resulting in many barriers to free movement of skill and data in the major markets," it said.

The survey cited examples of countries like the US, the UK and Australia that are undertaking various reforms in their work visa programmes to protect the interests of the local workers.

Also, the EU has introduced 'Data Protection and Privacy Rules' that effectively prevents Indian companies from providing services from India, while the US has been given safe harbour status, the survey noted.

The survey also highlighted the increasing competition that India faces from new "digital only entrants" from Eastern Europe and Latin American countries, including newer companies like Globant, EPAM, and Luxoft.

It said while Indian IT services companies were the "disruptors" and had created the modern offshoring industry, they are now incumbents, challenged by a host of specialised and niche startups that have emerged in the new digital environment.

The survey also pointed out domestic challenges like shortage of skilled digital talent, underdeveloped infrastructure in tier II and III cities and some restrictive regulations for product startups.

Referring to the fast-paced adoption of digital services like cloud and automation globally, the survey said Indian companies have to re-skill their workforce in these new areas.

According to executive search firm Head Hunters India, job cuts in the IT sector will be between 1.75 lakh and 2 lakh annually for next three years due to under-preparedness in adapting to newer technologies.

Also, as per a McKinsey & Company report, nearly half of the workforce in the IT services firms will be "irrelevant" over the next 3-4 years. "...the skills profile is set to undergo a rapid change as demand for skills around digital technologies grows exponentially," the survey said, adding many companies have set up dedicated initiatives to re-skill their existing employees.