Over Rs 1.15 crore has been garnered towards the regional connectivity fund. 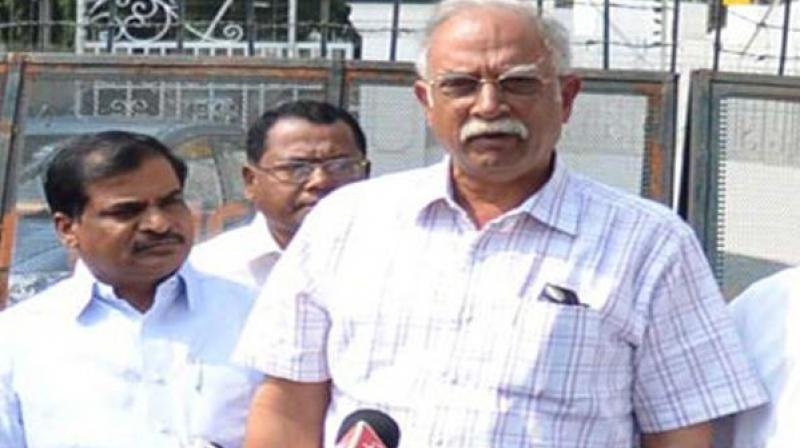 New Delhi: With the ambitious regional air connectivity scheme taking wings, authorities have set up a trust for disbursing viability gap funds to the participating airlines. Airports Authority of India (AAI) is the nodal agency for the scheme -- UDAN (Ude Desh ka Aam Naagrik) -- that aims to connect un-served as well as under-served airports and make flying affordable for the masses.

As at least half of the seats in UDAN flights are to be offered at subsidised fares, the participating carriers would be provided a certain amount of Viability Gap Funding (VGF) -- an amount shared between the Centre and the state concerned.

AAI Chairman Guruprasad Mohapatra said a trust has been set up to disburse the VGF to the carriers operating under UDAN. The trust, headed by the AAI chief, also has officials from the Civil Aviation Ministry and the national airports operator to administer it.

"The trust has been formed and all the necessary formalities have been done. All the exemptions required are also being done. That will soon start working," Mohapatra told PTI in an interview.

According to him, the trust would be in charge of providing VGF to the airlines for participating in the scheme. To raise money for the VGF, a levy of Rs 8,500 per departure is levied from airlines operating in major domestic routes, including Mumbai and Delhi.

When asked about local carriers moving court against the levy, Mohapatra expressed hope that the issue would be resolved soon even as he asserted that the scheme would not suffer due to court case.

"The scheme will not be affected by virtue of this dispute... These are all government of India schemes and they don't suffer on account of some court cases. They are sovereign commitments," he emphasised.

The first UDAN flight started operations last month flying from Shimla to the national capital. In the first round of UDAN bidding, five airlines won bids to operate on 128 routes connecting 70 airports of which 31 are un-served. In March, Civil Aviation Minister Ashok Gajapathi Raju informed the Lok Sabha that over Rs 1.15 crore has been garnered towards the regional connectivity fund.

An amount of up to Rs 8,500 is being levied from scheduled airlines operating in major routes to raise money towards the fund. The Ministry started collecting the levy from December 1, 2016.

The Federation of Indian Airlines (FIA) has already challenged the collection of levy from carriers for the RCS fund in the court. Jet Airways, IndiGo, SpiceJet and GoAir are members of the FIA.