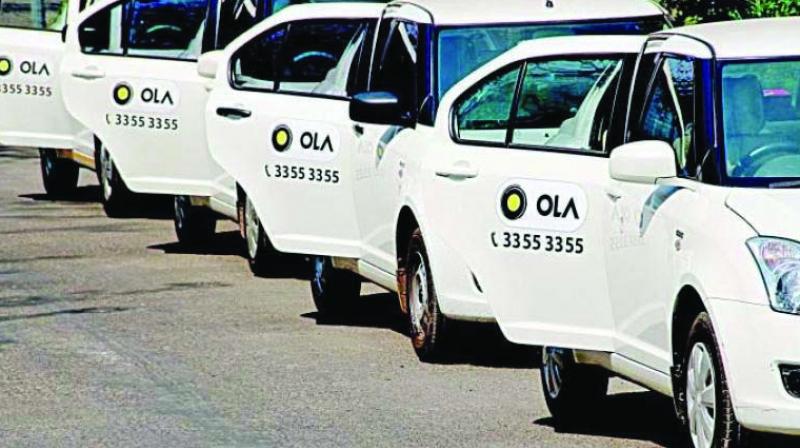 A union of former Ola, Uber drivers plan to launch their own app-based cab services in Bengaluru.

Bengaluru:  Some members of cab aggregators Ola and Uber, who have formed a drivers' union, plan to launch their own services next month with the help of Kolkata-based technology startup which owns TYGR app.

"We plan to launch our cab services in the month of August with the help of Savetur Digital Private Limited, which owns TYGR app," former Uber, TaxiForSure and Ola Drivers and Owners Association President Tanveer Pasha told PTI here.

"We want to give a local name to the app. Something like 'Namma TYGR' or 'Namma Huli', are some of the names we are planning on," he added.

In the next three days, union members and Savetur officials are scheduled to meet at the residence of former Chief Minister H D Kumaraswamy to finalise the deal, including the launching date and signing of documents, Pasha said.

He said Savetur would run and manage the business according to a model drafted by drivers' union, which would satisfy both drivers and riders. However, the union will control and supervise Savetur through their company, which is in the process of registering its name as Huli Technologies.

It plans to expand to Mysuru, Mangaluru and Belagavi after the Bengaluru launch, Pasha said. The company will focus on driver benefits, including a 10 per cent commission charged for drivers, besides insurance and family benefits, among other incentives, he said.

The company plans to raise Rs 12 crore to run and sustain business at the initial stages and many investors have shown keen interest to pick stake in the company, Pasha said. He said the company aims to give Rs 5 lakh worth of life insurance, Rs 5 lakh accident insurance and Rs 2 lakh medical insurance to the drivers annually.

The company plans to have three to four car categories that will show up on the "Namma TYGR" app, the name of which could be changed. This includes a mini, hatchback option at Rs 12.50 per km and Rs 14.5 per k respectively, a sports sedan option and utility vehicle option at Rs 18.50 per km and an outstation cab option, Pasha said.

The company also plans to set up five private patrol security cars to attend to drivers' problems of facing drunk riders travelling late at night. "The private patrol car will help drivers during medical and legal emergencies," he added.

The idea originated when the drivers had gone on strike in February against cab aggregators, demanding better incentives and stopping attachment of new cabs which they said affects bookings.