Retail inflation cools to 'historical low' of 1.54 per cent

Vegetables inflation declined to 16.53 and that of pulses and products to 21.92 per cent. 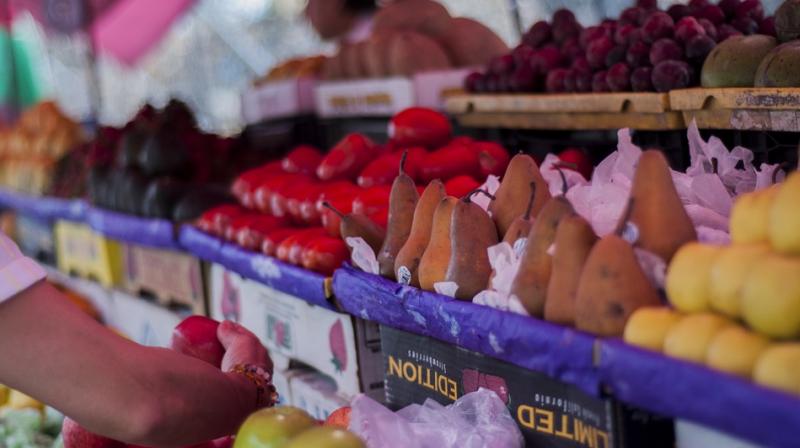 New Delhi: Retail inflation hit a "historically low" level of 1.54 per cent in June due to dip in prices of food items like vegetables, pulses and milk products, which may prompt the Reserve Bank to go in for rate cut next month.

"The number of 1.54 per cent is historically low and reflects the firm and ongoing consolidation of macro economic stability," Chief Economic Adviser Arvind Subramanian told reporters.  "The last time we saw such inflation -- according to slightly different CPI (IW) -- was in 1999 and before that in August 1978," he added.

The latest series of Consumer Price Index (CPI) was introduced in January 2012. Inflation in the previous month - May this year - was 2.18 per cent.  On the other hand, in June last year, it was 5.77 per cent.

As per the data released by Central Statistics Office, inflation in the food basket as a whole contracted further to 2.12 per cent last month as compared to (-)1.05 per cent in May.

Vegetables inflation declined to 16.53 and that of pulses and products to 21.92 per cent.  There was decline in rate of price in eggs (-0.08 per cent). On the other hand, the protein rich meat and fish turned costlier as the inflation spiked to 3.49 per cent in June from 1.87 per cent in May. Fruits too were dearer on monthly basis.

The retail inflation in the fuel and light segment slowed to 4.54 per cent as compared to 5.46 in May.

The Reserve Bank, which mainly factors in retail inflation to arrive at its monetary policy, is slated to meet in early August to announce the next bi-monthly policy rate.

In its last policy in June, the central bank had kept the key lending rate unchanged citing risk to inflation.